I fired up my PS4Pro over the weekend for the first time since mid-March 2020. Thought I'd hop into Ghost Recon: Wildlands and run around vicariously murdering sicarios.

Everything had to be updated. A lot. lol

Rest mode and allowong updates while in that mode takes the majority of that pain away.

This is a load of bullshit right here. I have every option correctly configured and the **** thing has 45 minutes of updates are **** time I turn it on.

There are some PS4 updates that only run when the game is launched, despite it being in rest mode. Annoying.
Top

I guess I never had issues with my ps4 updating while in rest mode. DItto with the Ps5. I turn it on things are already downloaded/installed and ready to go.
Top

I play about 30 minutes a week. Usually, jump into some Rocket League or play a round of golf. Two weeks in a row I got straight **** by Rocket League needing an update which takes longer than the time I usually spend playing.

I really need to just go back to 8-bit. Once you blew in the cartridge for a minute it just **** worked.
Top

PS4 fan died so ordered a new one online. Had to dissemble and reassemble. Now it won't turn on at all. It was non-functional anyway, so no real loss from aside from the fan cost, and apparently this has happened to many others online since it's not the best piece of technology, but still, a disappointment.
Top

@willeyeam & @MR25, any recommendations on game modes for a Show noob? I'd like to learn the mechanics quickly (ps what are the appropriate controls to use?) while still having a good time. Probably offline for now until I get my bearings. I started a Road to the Show mode but I'm surprised my dude hasn't been cut already. He's trash.
Top

i'm such a noob - i've been messing around with moments in diamond dynasty (and Conquest, 3 inning games) to get my bearings.. they are quick things to try and knock out, it's helped. As far as controls - I use the stride and swing with the right stick, it's how MVP and the old 2K games were so I'm kind of used to it. Pitching, the default was the pinpoint pitching for me, so I've been using it. But when I talk to people I know that have been playing for years they think I'm nuts because it's too hard. Like I said it was the default for me for some reason, but I don't think it's too crazy..
Top

I love the Moments (though the ones that are like "Get 3 XBH" are ridiculous) and Diamond Dynasty games against the CPU. You can set the difficulty and I've been moving between rookie and veteran to get a feel for everything.

I'm also doing a Road to the Show 3B/P to get the best of both worlds.

I tried the 2k style analog pitching but couldn't understand the timing concept of it (I liked 2k's fill the circle style), so I went with the 3 click meter. Took me about 10 games or so to get the timing down with that, but as long as you're close to the line you'll be fine. I feel it adds a bit of realism because I know if you told me to hit a spot back when I played, I'd be able to hit it maybe 4/10 times.

I also went with the button swing and directional hitting. While the 2k stick hitting was fine, I'd like to protect my thumbsticks lol. I'm still off a little on the timing but now keeping it pretty close to the green when I actually swing at pitches in the zone (it's a bad habit lol). Don't hit many homers, though (or any XBH for that matter - I beat the CPU 4-2 in a 3 inning game just hitting singles).
Top

Did you realize if you move the PLC or PCL or whatever it is under the pitch you hit fly balls vs over the pitch for grounders?
Top

I wouldn't know, I don’t use it. Just directional, so maybe there's something with directional that I'm missing.

A lot of my flyball contact is solid but almost always goes right to an outfielder.
Top

ah gotcha, still learning what all the settings are
Top

I felt like trying to move the batter eye and time the pitches was too much at the current state of me playing. Even just using buttons and directional I was only hitting about .280 in Double A (though had a 20ish game hit streak with a lot of 1-4 games before being called up)
Top

I was up til 3 last night playing MLB. Haven't had a game where I'm like "OK, just one more thing" since maybe Assassins Creed 2.
Top

I just had to order a replacement ps4 controller directly from the playstation store. They are evidently very hard to find right now...and even looked like most of the colors were out of stock even thru playstation.
Top

Started playing Nier Replicant. I have very mixed feelings so far. I know it took awhile for me to really get into Automata as well, so not giving up by any means, but lord the early game here is littered with things I hate in games...

Numerous fetch quests? Check.
Game refuses to let you go one more step so you can buy something from a merchant because you HAVE to do what it wants NOW? Check.
No warp/fast travel until much later in the game? Check.
Side quests involving transporting fragile items which break if you move the wrong way through enemy infested territory? Check.
Quests involve bouncing between the same combo of places repeatedly? Check.
Trophy list has a bunchbof annoying stuff to make completion painful? Check.

Of course it's a remake of a ps3 game, but man it's like they put together a laundry list of my pet peeves for this one.
Top

I was up til 3 last night playing MLB. Haven't had a game where I'm like "OK, just one more thing" since maybe Assassins Creed 2.

Do you play a full 9 innings? I enjoy the game but those 9 innings take a while.
Top

I was up til 3 last night playing MLB. Haven't had a game where I'm like "OK, just one more thing" since maybe Assassins Creed 2.

Do you play a full 9 innings? I enjoy the game but those 9 innings take a while.


Only when I'm doing a "Play vs the CPU" in Diamond Dynasty. Last night was just Moments and RTTS, plus some tinkering with directional hitting strats.

I went into the March to October game mode today, and if you're looking for shorter things, it's perfect. You only play in one out of every 3 or 4 games, and unless you're locked to the starting pitcher, most of the games you play start in the 7th or later and involve some sort of situation (come back from down a run and win, close out the game, etc). The rest is simmed. Kinda wish I had hopped into there to get my timing and what not down.
Top

Played a few random games with and against a RLCS analyst in RL tonight. Luckily had my best few games
Top 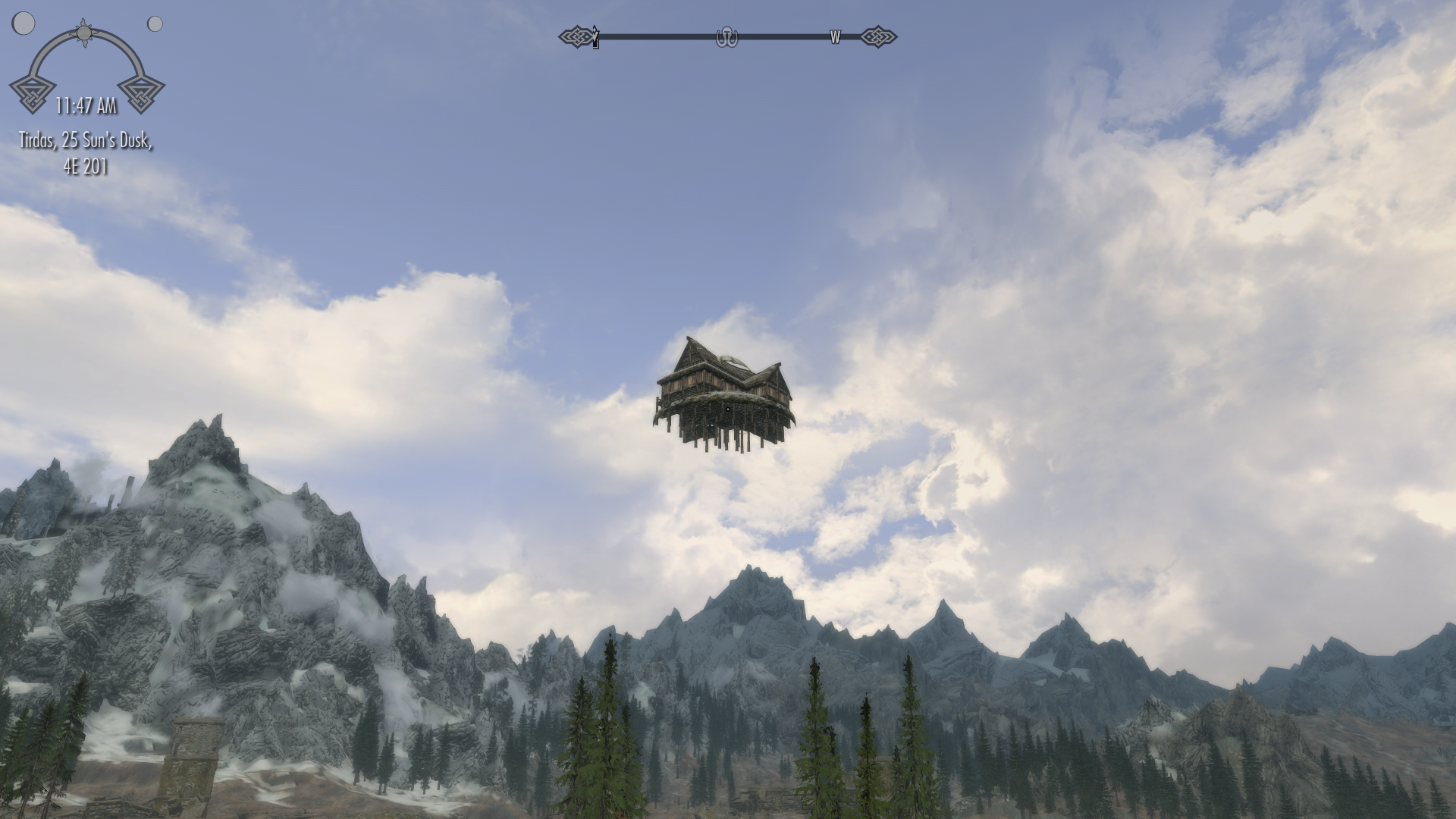 I typically have chat on team only in rocket league. Last night I switched it, and ran into full blown racists. So I trolled them in chat for about 5 games
Top

I've had some weird racist stuff going on in Battlefield V lately as well. My ingame handle/Origin ID is General Tso, named for the Chinese food dish. I've used it at least since Medal of Honor Allied Assault in 2002. I like the dish, back when I could eat that way, and it was a parody of all the unoriginal Saving Private Ryan/Band of Brothers userIDs that were all over MOH and BF1942 back in the day.

I'm not Asian, so I just ignore it, but I've never had that happen to me in the 19 years I've had that name. At most, I'll get comments about the name "Love the chicken, man" or "General Tso's chicken sucks, I like Hunan Chicken" or whatever. Just so weird.
Top

My buddy and I had a random teammate that had a Spanish name and typed some Spanish in the chat. The one said yall are so Mexican it hurts, I responded trump lost lol. Warzone must have been too hard so these idiots have to play something easier
Top

People say racist and homophobic stuff just to get a reaction out of you. I just report, block, and move on. They're generally not worth engaging.
Top
Post Reply
9842 posts