What are Lucas’ talents as a director?

He constantly pushed the limits of technology and helped to move the industry forward on more than one occasion. That's his biggest accomplishment imo as a director. He has a ton of talent outside of directing, obviously.
Top

Did Lucas the director hire Portman? Good enough for me.
Top

I'm sure Lucas had a role in hiring her. He had a bigger role in her terrible performance, though.
Top

What are Lucas’ talents as a director?

His chief talent as a director was letting other people shape his stories.

There's a great YouTube video called "How 'Star Wars' Was Saved In The Edit". If Lucas' version of the film were loosed upon the world, we'd not be sitting here as middle-aged men talking about it nearly 50 years hence with 10+ other theatrical releases, TV shows, video games, books, etc fleshing out the world. His version of his own story was, frankly, stupid and boring.

The fact that Star Wars got made is a testament to George Lucas' vision and ability to translate the Joseph Campbell 'hero with a thousand faces' into a lived-in outer space/sci-fi fantasy world. That it is still relevant today is thanks to the storytelling talents of Marcia Lucas, Richard Chew, and Paul Hirsch.

And it is also testament to why any comparative analysis of the prequels and the sequels that puts the sequels in last place is brain dead.

Portman is a terrible actress. There. I said it.
Top

Like I watch anything she's in for her acting skills.
Top

She's an actress who needs a good director. Look at her filmography and her good performances are tied with good directors, with Closer (Mike Nichols) and Black Swan (Aronofsky) being top of the list. You can also tell the projects she's passionate about and the ones she does for a paycheck.
Top

I agree with both of your posts nocera and tif, which also kind of prove my point that I don’t think he’s a good “director”. I’ve shared my personal secondhand anecdote about a friend of ours who directs commercials and says to this day Jake Lloyd was the best child actor he ever worked with and couldn’t believe how awful he was in TPM. He does not get the best out of his actors at all. He pushed the boundaries and forced technological innovation... before he became lazy and over reliant on it. He’s a bad writer. He’s an ideas guy who needs who needs someone to shape and edit his ideas into coherent storytelling.

There’s nothing wrong with that, I’m just not sure what, if anything, he’s good at as a director. Creator, producer, innovator, marketer seem more like his skill set.
Top

Look at his filmography:

* THX 1138 - edited by GL, and it's pretty awful
* American Graffiti - edited by 'Mother Cutter' Verna Fields
* Star Wars - as noted above, other people fixed his version and made it work
* SW Prequels - Jesus P God............ I will go to the mat to defend the good name of Ben Burtt, but let's not kid ourselves: He got the ACE credit for those movies, but that's mainly because he's the one that sat at the edit bay; Lucas drove the boat.
Top

Indeed. While the prequels granted him greater control than what 99% of filmmakers will every experience, it’s also a direct, unaltered look at his talents as a filmmaker and he doesn’t really have any.
Top

............all birthed under Lucasfilm. I mean, s**t, even the way a film's credits are presented are different today because of Lucas.

You can easily craft an argument that no one person has had as much of a lasting impact on cinema, generally, as George Walton. And you could make that argument without invoking the actual movies he made, just the tools used to make them.

Even just looking at the prequels: First major studio film shot on digital video (Attack of the Clones) and first supporting CGI character in a live action film (Jar Jar). Now, of course Gollum would come along 3 years later and blow that out of the water but Lucas was always on the cutting edge of tech.
Top

I've been watching Rebels and it's too bad it isn't a live action show. It could be decent.

Biggest change I wanted from that show? Get Zeb out of there, he was absolutely not needed. He was also never developed as a character. Where’s he from? Why’s he hate the empire? Can he rip someone’s arms out of their sockets? Or is he just a sack of garbage one liners that never does anything meaningful.
Top

She's an actress who needs a good director. Look at her filmography and her good performances are tied with good directors, with Closer (Mike Nichols) and Black Swan (Aronofsky) being top of the list. You can also tell the projects she's passionate about and the ones she does for a paycheck.

Your Highness is a gem of a movie!
Top

I'm sure Lucas had a role in hiring her. He had a bigger role in her terrible performance, though. 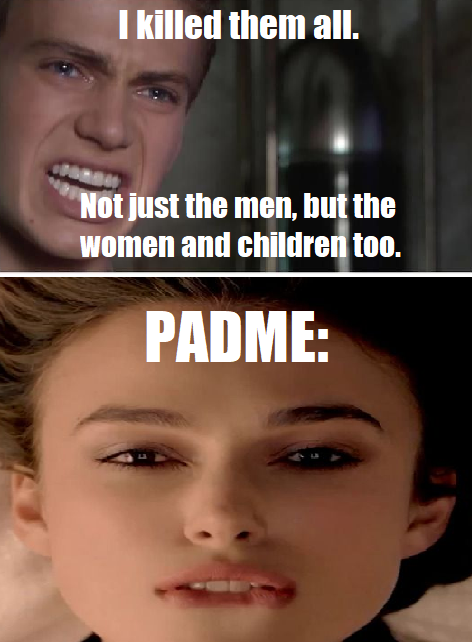 Re Rebels and Zeb

There was at least one entire episode devoted to Zeb's backstory and the Lasat, and another Ep that was basically the SW version of Enemy Mine with Zeb and Kallus.

The best of Rebels is as good as just about anything else in the SW universe.
Top

I'm sure Lucas had a role in hiring her. He had a bigger role in her terrible performance, though.

Is that intentionally Keira Knightley instead of Natalie Portman?
Top

Agreed. I feel like Hayden gets a bad rap. As I got older it was clear all the actors were working with the material they were given. I also get the feeling he was “coached up” on his emoting which made everything come across as forced and over-emoted.

I say this because I thought he was at least decent in Jumper.

I haven't seen it in a long time, but I remember really liking him in Shattered Glass. Lucas has never been an actor's director.

Yeah I'm not worried about HC. He'll be fine. The only actors who got good performances under Lucas in the prequels were all vets who already knew what they were doing and could probably just tune him out (Neeson, Jackson, Lee for example).
Top 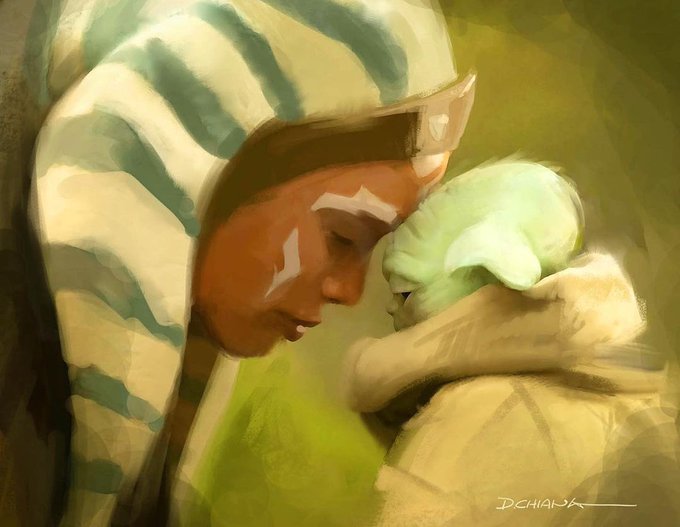 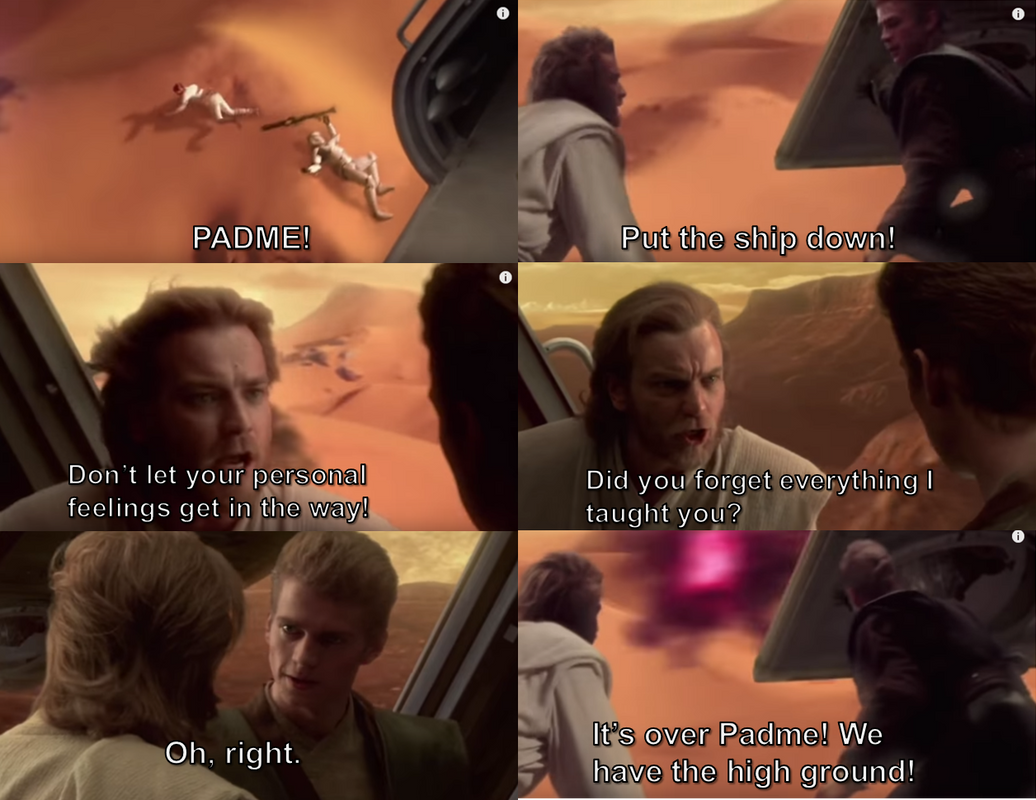 I'd watch that.
Top

I definitely didn't expect a clonetrooper to perform a perfect German suplex. This isn't really my thing but I bet fans of the other animated Star Wars series are excited.
Top
Post Reply
7114 posts