I was wondering where our dog was last night, and realized she had snuck into our daughter's room and got in bed with her. After, I let her out, she jumped in bed with us and just had her head on my chest.

As she gets older, she gets more and more affectionate, although she's always been a good girl. I love it but it's a double whammy that I'm sure will make the eventual aging even harder.
Top

Sorry man. Ours is 9.5 and still wired for sound. Absolutely zero signs of aging. She chases the mail carriers truck down the street to our mailbox and barks until she gets outside and comes and pets her for a solid few minutes.

We live towards the front of our development and she is basically the canine mayor of the neighborhood. Nothing makes me happier than when someone flags me down outside and asks if it's okay they stop and pet her in the yard. It happens often

I miss her already.

One year today. Can't believe how much it still hurts. My moments of deep sadness are fewer and less often but it's still hard.

We were supposed to dog sit gor my BIL this week but he got COVID. That might have been nice.
Top

One year today. Can't believe how much it still hurts. My moments of deep sadness are fewer and less often but it's still hard.

We were supposed to dog sit gor my BIL this week but he got COVID. That might have been nice.

Today's 2 years and 4 months since my dog, Eli, died. I really don't keep track, but it was Dec 18 so it was easy to do that math. I still can't look at photos of him without welling up with tears.
Top

Yeah. I have that fob on my desk, but I keep it in the box. I opened it a few weeks ago, forgot about the quote inside, and had a little quiet cry session for a bit.

I have a bunch of old videos spanning her life that I started to rip and was going to cut into a video but I haven't been able to sit down and watch the footage. I will eventually and I will be happy to have it. I think I started that project before she passed, hoping to get it done in time, but didn't make it.
Top

It's not as bad as it sounds. I just wish I was 'over it' enough to get another dog. I miss that aspect of life but I'm not there. I don't even want a puppy, just want to get a senior dog that needs its last good home. Not yet. Maybe this fall.
Top

It’s called “the grief box” and it basically saved ya boy meow’s life when my mon passed.
Top

@meow: I think we're finally past the mass casualties of last month (lost >60% of the tank), so I'm starting the planning for new additions. Once our kitchen floor is done, we're going to go for it. I really want this guy:

That’s a decent price, honestly. One of my LFS always has two or three unique plecos and I want to say he was selling for $120...?

I wish you good luck with a pleco. I might as well build a coffin whenever I bring one home.
Top

We've always kept dwarf plecos, and the last one we had was 8+ years old. That was the most devastating loss for my wife. The only fish that I can say I really haven't had good success with overall are clown loaches. Awesome looking fish, though very timid. Them being scaleless and fragile makes them susceptible to too many issues.
Top

It’s called “the grief box” and it basically saved ya boy meow’s life when my mon passed.

It’s called “the grief box” and it basically saved ya boy meow’s life when my mon passed.

That's a really poignant analogy. Thanks.

Yeah. It’s very true and you can even use it with young kids. It’s such a spot on analogy.
Top

Grabbed these during a water change this morning 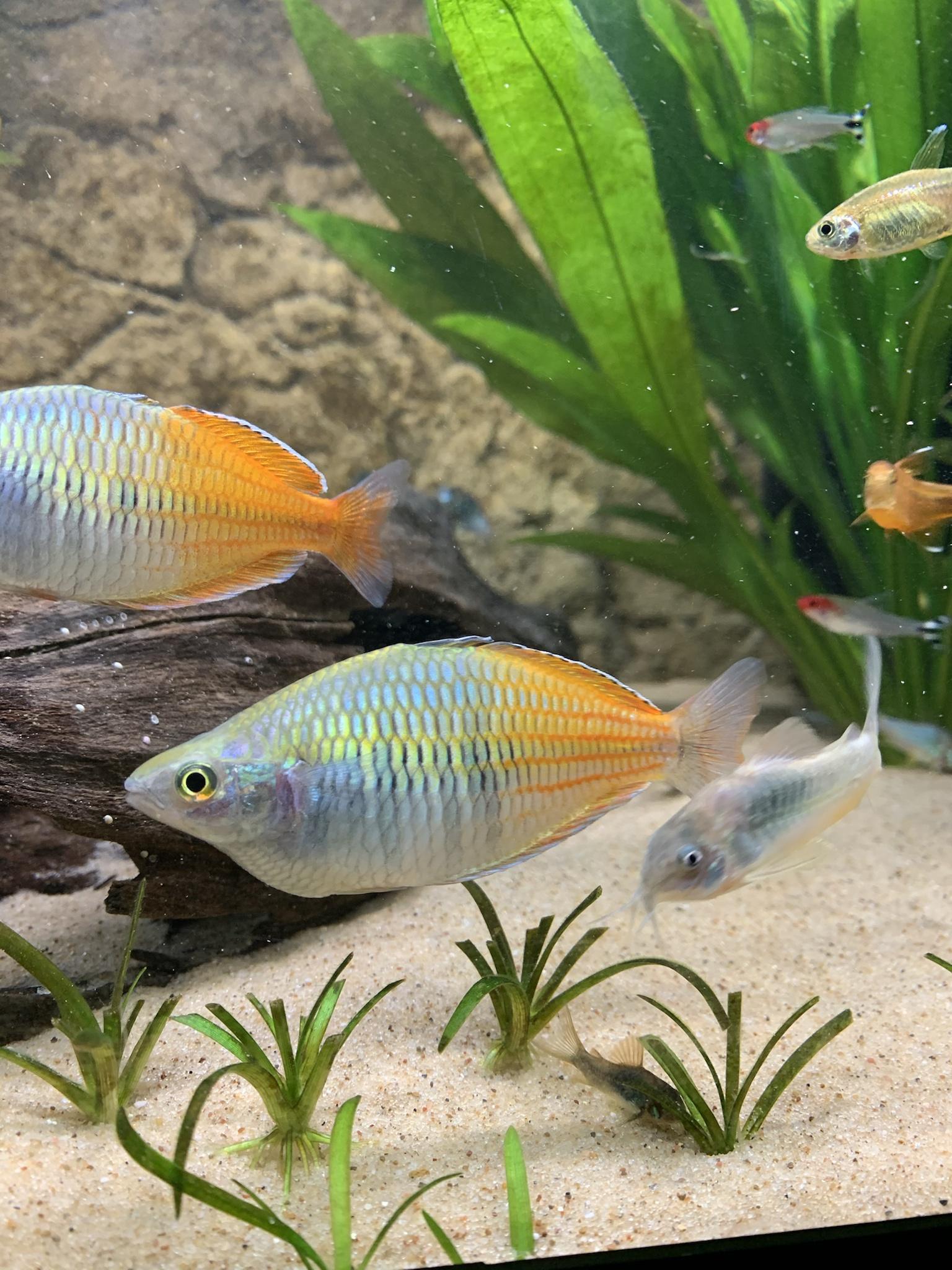 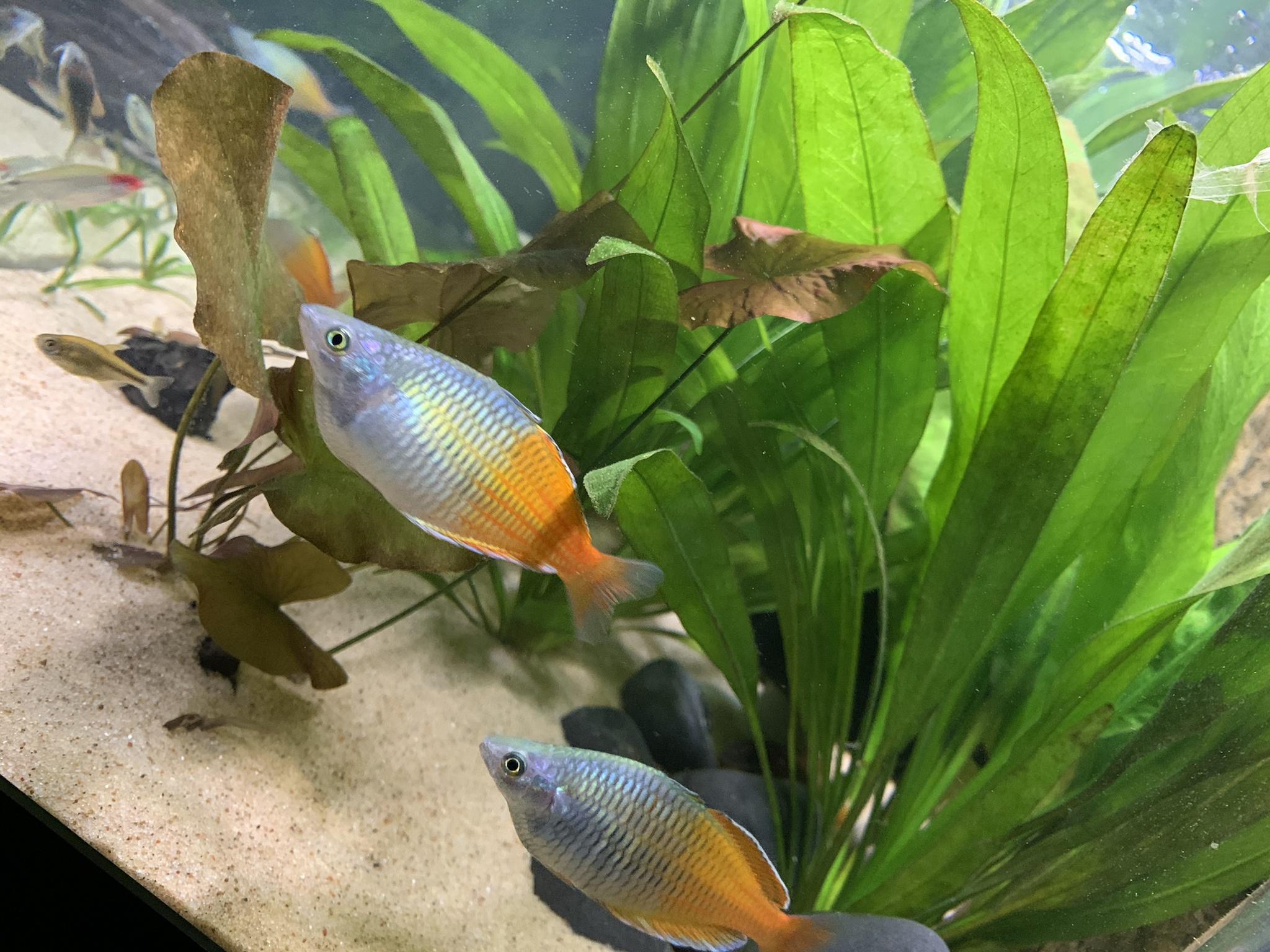 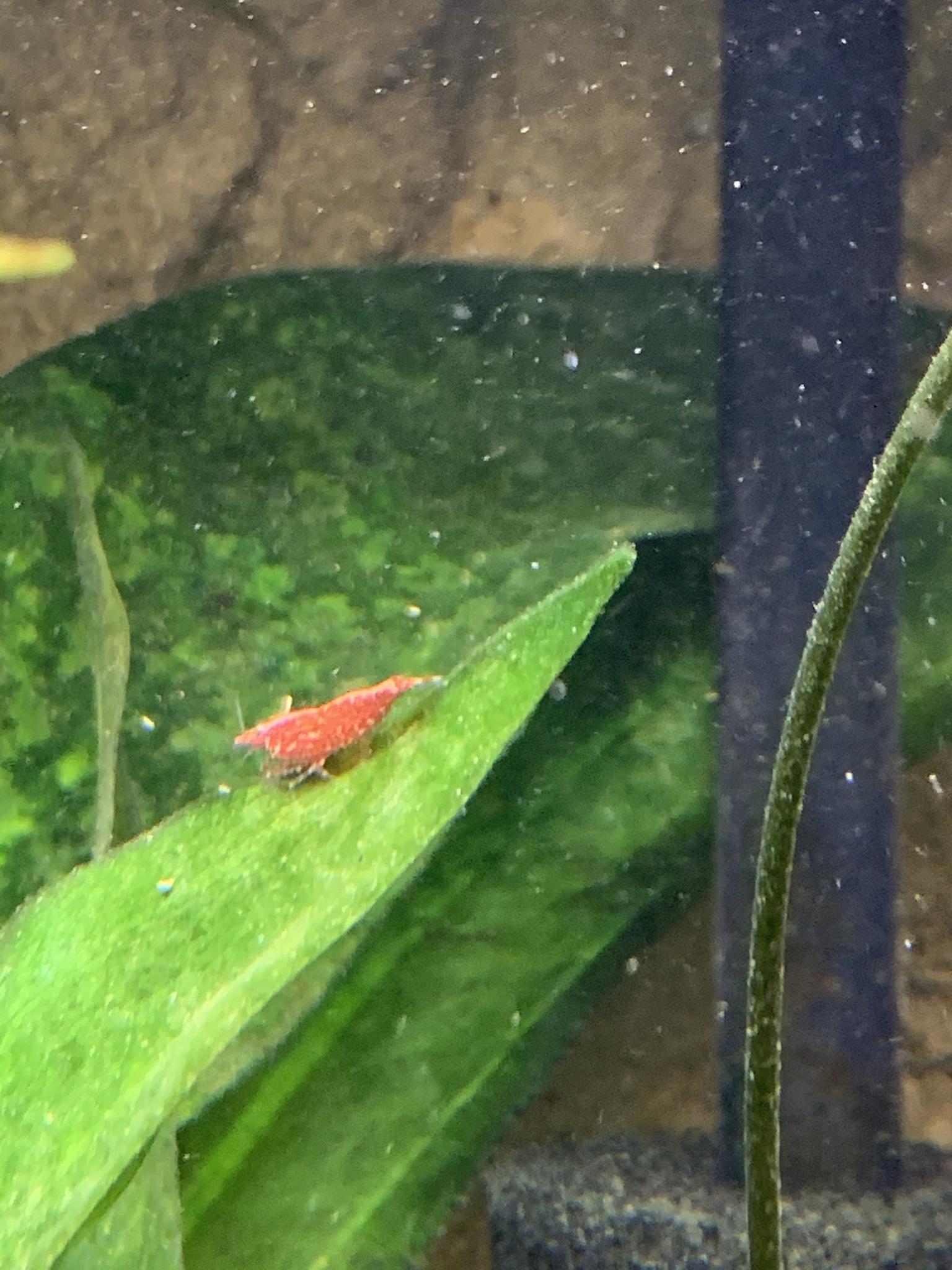 Haven’t seen the cherry shrimp in a few months. Figured the apistogramma munched them all
Top

Oh man, I’m super jealous - those are gorgeous Boesemani‘s. Shrimp are funny like that. I’m pretty sure that we still have at least one shrimp in our tank. We spot him every few months when he comes out during the day.
Top

We had to say goodbye to our Lily earlier today. 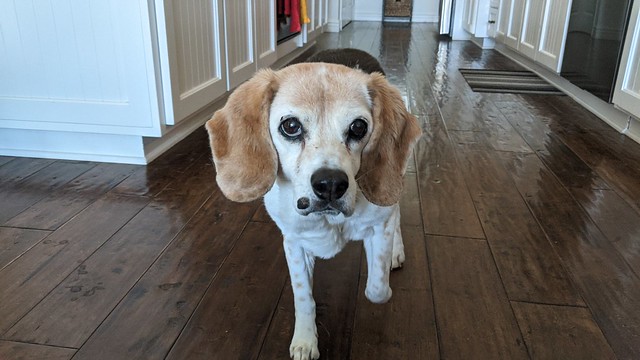 She was 16 going on 90, and had every sort of old dog glitch you can imagine, and today we found out the big C decided to join the party. We knew it was time when she began refusing food Sunday night.

But she was a trooper. Her early years were marred by neglect and an absence of meaningful companionship by her first owners.
She had both of her knees surgically repaired; a neurological condition that lead to her having a total of major 4 seizures in her life; was saddled with bad teeth that we were never able to overcome; she had an enormous lipoma cyst on her left back leg; severe arthritis and two herniated discs (which combined over the last 8-10 days to make it difficult for her to walk at all, let alone normally).... but she never showed an ounce of pain or discomfort. Until the last couple days.

She came to us as a feisty 7 year old, we were told it might take months or even a year for her to acclimatize and be okay around us.

This photo was taken around 15 minutes after she stepped into her new home for the first time. 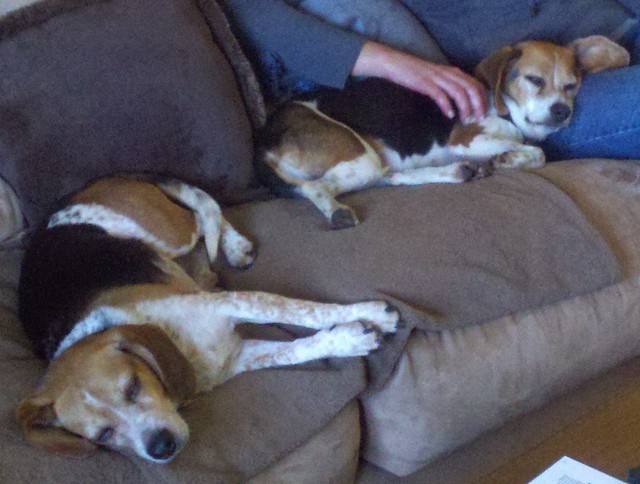 Snuggled right up to her new Mama.
When the time came, I held her in my lap as I had done with Carlin, almost three years ago to the day. As the anesthetic took effect, she slowly lowered her head to my chest, where it landed on my tattoo of Carlin's pawprint. 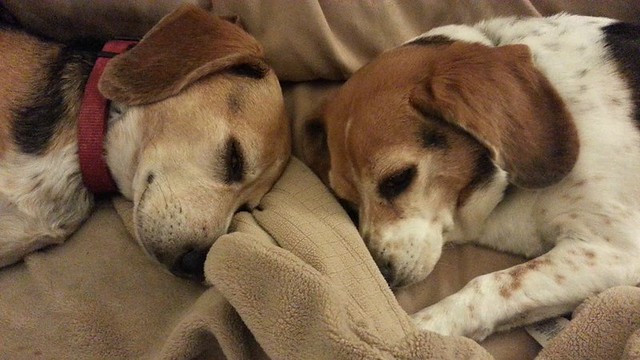 And then it was over. And just like that, I'm fresh out of dogs.
Top

sorry for your loss tif
Top

I'm so sorry for your loss, tif. I know it doesn't make it any easier, but you gave her a great life.
Top