Tomorrow marks the 100th (and potentially final) meeting between these two in-state rivals. Pitt won the first game of this resumed series in 2016 (still my favorite thread in 5AF history - viewtopic.php?p=280449#p280449 ) while UPS has won the last two meetings in 17 (Max Browne, you are trash) and in 18 (only Pitt could rush for 225 yards in a half in a rainstorm and go into the half down 8 before absolutely getting embarrassed in an apocalyptic second half).

I have zero expectations. I walked out of last week's win with Ohio thinking Pitt loses by 30 plus this week. I think the primary route to winning this game is getting after Clifford who is starting the third game of his career (I think); Peterman v. McSorley in 16 was an actual QB matchup. McSorely v. Max Brown/Ben DiNucci in 17 and Kenny Pickett in 18 was not. Kenny Pickett looking a guy who is in his second season as a starting P5 QB would be nice.

This is the least hyped I have been about an ostensible big Pitt game in some time. So that probably means they suck me in by the middle of the second quarter and I get banned from this site.

Looks as if I'll be there in the Pitt section. I kinda hate Beaver Stadium
Top

Good post but I will be in hiding, avoiding the sad truth about the state of the super panther's program.


and by program, I mean quarterback.

regardless of what happens, I will always respect the hell out of the pitt clique
Top

I can't wait until this series is over.
Top

Not sure what to say about the total feeling of defeat for this game compared to the first few. It is a testament to the futility of the program.
Top

Obligatory 27-24 Pitt prediction. In all seriousness I do think they (Pitt) cover.
Top

Hearing that the stadium PA just told people to get into the concourses with severe weather approaching. Might be a bit of a delay to this one.
Top 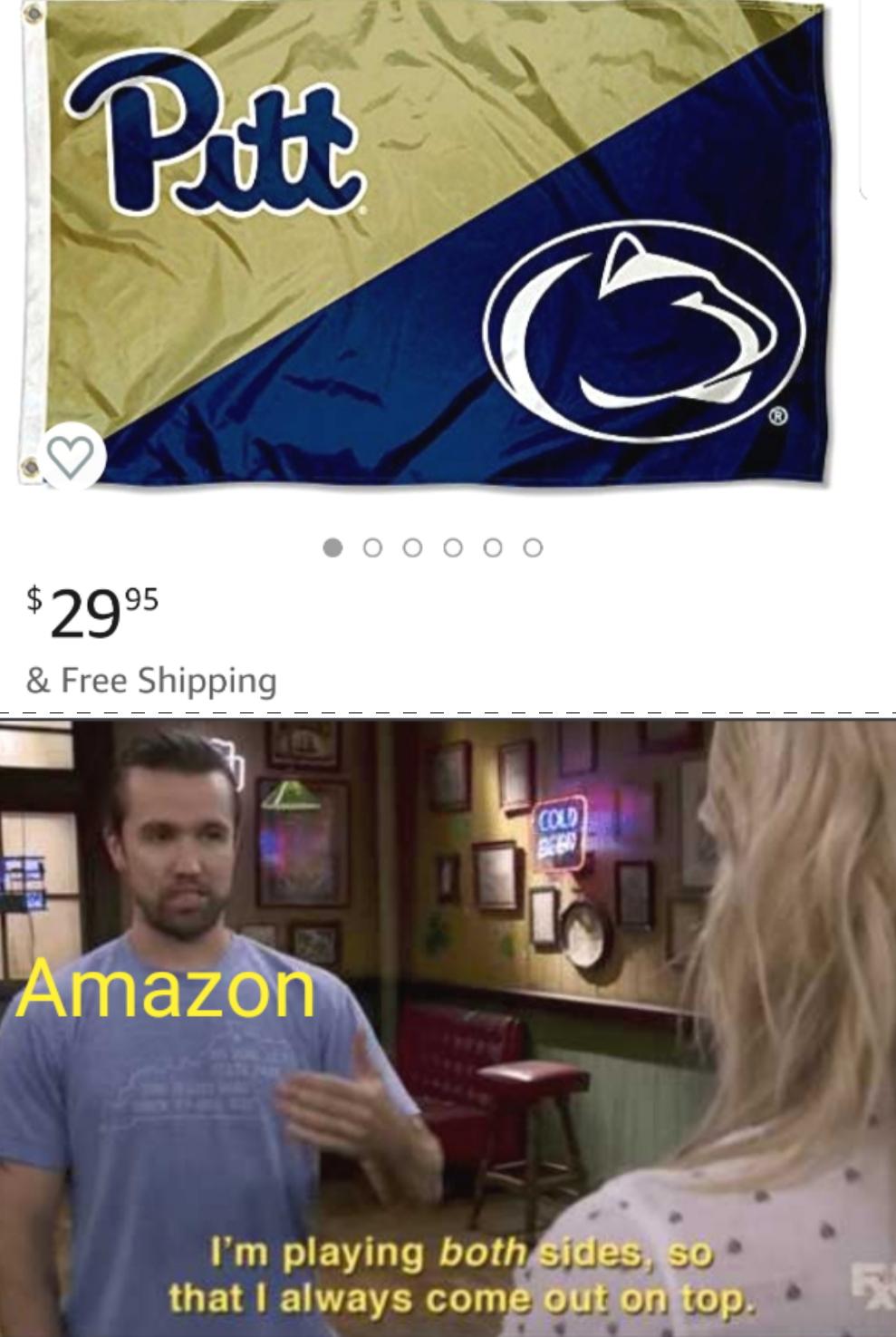 12:40 kickoff. Hopefully the rest of that ugly weather stays out so there's no more delays.
Top

Steve and Jack said entrances are closed. Could be a lot of a delay.
Top

Damn it if they start at 12:40 there will still be a ton of empty seats. Pitt will feel at home
Top

I've got nothing for this one. I know what I'm expecting today, so I'm hoping like hell that I'm pleasantly surprised about the time 4 pm rolls around today.

No one's giving Pitt much of a chance, justifiably so.

I do think that of the four games played, I think Pitt's defense is most equipped this year to contain Penn State's offense. Clifford hasn't really been tested yet and while Hamler, Freiermuth and Dotson are terrific weapons, I think the Pitt defense can match up with them. If they can get creative with some blitzes and force Clifford into some mistakes, that would be huge.

Any real chance Pitt has to win is going to be on its offense. They have to sustain drives. No stupid three-and-outs. No stupid, drive-killing false start penalties. Penn State's defense is strongest at DE and CB, and Parsons is the best LB on the field for either team. Buffalo was able to get to them on some seam routes and over the middle. In Pitt's two games, they've tried to attack those areas and the receivers have been open. If we get the Kenny Pickett from last year's Wake Forest game, all the better.

Hoping for the best but prepared for the worst. H2P.
Top

It's just lightning. It's not like it's a torrential downpour or anything like that. Not really all that windy. As long as there's no lightning within 8 miles of the stadium, it'll start at 12:40.
Top

It's just lightning. It's not like it's a torrential downpour or anything like that. Not really all that windy. As long as there's no lightning within 8 miles of the stadium, it'll start at 12:40.

Just lightning? That's the worst of the options to mess with.
Top

What I mean to say is that it's a quick passing cell. It's not like it's some huge system moving into the area with no end in sight.
Top

Agreed but it appears bands of storms are randomly appearing around the Allegheny front. Shad isnt here to guide us so i dont know how to interpret all of this
Top
Post Reply
278 posts

Users browsing this forum: No registered users and 13 guests