It's ironic that the Tolkien estate is so stingy with the property because, in an encyclopedia I own, there's a foreword in it that states that Tolkien intended to have Middle Earth be a setting for anyone to make future stories, much like the Star Wars universe is today.

I noted above that he intended to create an alternative mythology for England that was less Francophile. And several of the scholars on the BTS stuff on the DVDs and Blurays mention this, and not just in the form of more and varied storytelling, but other kinds of contributions, like art and music. It was sort of to Prof JRRT's dismay that people so latched on to the core stories of Middle-earth that he himself wrote, when he wanted his works to be more of a seed bed than the flower itself.
Top

You know expectations are sky high you're a nerd when watching a sizzle reel of mostly the below-the-line talent gives you goose bumps.

I would've rather thought that the message of the edit would be implicit in the original text.

20 episodes in the first season
Top

Holy heck, they are going have more story output in one season than Jackson has produced in a career largely defined by Middle-earth.
Top

One can only hope.
Top

WTF... Why don't I remember this? This line seems absurdly campy given the high quality of the trilogy. Is this in an extended cut or something?
Top

WTF... Why don't I remember this? This line seems absurdly campy given the high quality of the trilogy. Is this in an extended cut or something?

I've only watched the extended cut as of lately and I remember it.
Top

WTF... Why don't I remember this? This line seems absurdly campy given the high quality of the trilogy. Is this in an extended cut or something?

I'm fairly sure it's in the original cut. I like to quote it every now and then.
Top

I think it's TTT theatrical.


Rick Porras (co-producer): I was always curious if some of the more "Tolkien" fans like Christian Rivers had taken umbrage to the use of such a modern term as "menu"

Christian Rivers (previz supervisor): I'm not gonna query the script writers. My only issue is that for an Uruk-hai to say that, that means ... that suggests that he lives in a society where (a) he has a menu, and (b) that menu is selective enough to have food taken off it and put back on again

I like to quote it every now and then.

I've definitely used it myself while feeding the cats.
Top

Don't like the Boromir one so much, but the Balrog and Arwen ones are TIGHT.
Top

One does not simply deny Boromir.
Top 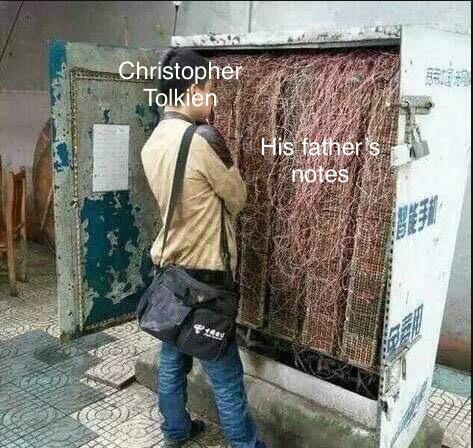 So the producers of the Amazon series have been instructed to begin work on Se2 of That LOTR Show, at least 18 months ahead of the first episode of Se1 seeing the light of day. That is highly encouraging.

Since the show is a confirmed pickup, they will take a mini-hiatus in filming after the first two episodes are in the bag and make necessary adjustments before proceeding on with the rest of Se1. It will also allow them the opportunity to pickup some Se2 footage while filming Se1. (Overlapping production schedules are TIGHT)
Top 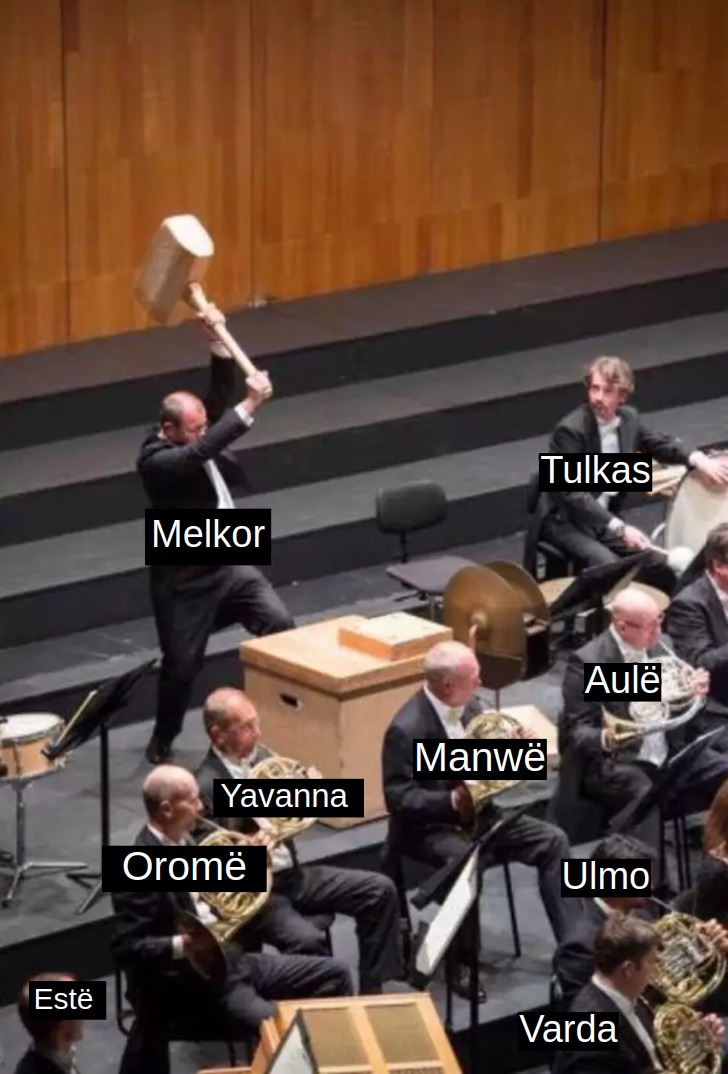 Only gripe is elves showing up at Helms Deep.
Top

It's a splediferous crowd cheer cinematic moment, and it works for me. Gives Haldir a hero's death. I was less enamored with the warg attack, which was added solely for pacing reasons.

But saying TTT is the weakest LITR film is kinda like bagging on Steph Curry for only being 6'3".
Top

Pretty much everything involving Arwen is the worst.
Top

Pretty much everything involving Arwen is the worst.

Pretty much everything involving Arwen is the worst.

She is, and the writing for her part is just dumb. I don't mind some of the liberties they took with the story, but the whole Arwen leaving, but not really, then tying her fate to the ring... Awful, awful stuff.
Top

TTT was a strange journey for me... I had just got into the first movie when it came out, and Helms Deep was quite the spectacle.

During the wait for ROTK however, I read the books... And my opinion of TTT changed dramatically.

There are still things that I dislike, but the extended version really helped a lot... Still not entirely happy w/ Faramir's heel turn in the movie, but at least the extra scene with him, Boromir, and Denethor helps further show why Faramir might react that way. Plus it's just a fantastic scene in general.
Top

Philippa Boyens has a great comment re Faramir in the BTS stuff. It may work on the page, but on screen if you've invested five hours of storytelling to establish the seductive evil of The One Ring - that it turns the bearers into addicts, and everyone who falls under its sway is powerless to resist it - and then you encounter a character who sees it and goes "meh" you rob the thing of all its power. They needed to show that even Faramir, Captain of Gondor, could succumb.
Top
Post Reply
121 posts