I am happy this thread has raised awareness of Bedford County.
Top

Has anybody seen my meat?

(Posted here because while it might be warranted, I don't have time to maintain a Clinton County police report thread.)
Top

SOMERSET, Pa. (AP) — Pennsylvania State police say they've arrested a woman for two different drunken driving crashes in the same day.
Troopers from Somerset say Michele Leonard, of Somerset, crashed her car about 5 p.m. Saturday.
She was arrested, charged with drunken driving and then released.
Police say that's when Leonard offered a stranger $3 for a ride back to her crashed vehicle, which she entered and began driving again.
Police say Leonard again lost control of the car, and sideswiped a parked car in Somerset Township about 6 p.m., then crashed into a garage.
Online court records don't list an attorney for Leonard, whose age has not been released by police.
Top

Wow. Crashed, arrested and charged, released, hitched a ride, got in car, drove, crashed again. In an hour. Not sure if I'm more impressed with her or the Troopers.
Top

STATE POLICE HAVE CHARGED 45 YEAR OLD GORDON LEE KINZEY WITH HAVING SEXUAL INTERCOURSE WITH AN ANIMAL.
DURING THE COURSE OF AN INVESTIGATION IN WHICH KINZEY WAS CHARGED WITH HAVING SEX WITH A FEMALE WHO WAS 10 YEARS OLD AT THE TIME. POLICE DISCOVERED THAT KINZEY ADMITTED TO HAVING ORAL SEX WITH A HORSE. POLICE OBTAINED A SEARCH WARRANT THROUGH FACEBOOK INC. DURING THE INDECENT ASSAULT INVESTIGATION. AND OBTAINED A PRIVATE MESSAGE INVOLVING KINZEY AND ANOTHER MALE. DURING THE DISCUSSION KINZEY TOLD THE MALE IF HE CAN HANDLE THE PENIS OF A HORSE THEN HE COULD HANDLE HIS PENIS. POLICE INTERVIEWED WITNESSES WHO CONFIRMED THAT IN 2014 THEY CAUGHT KINZEY FONDLING A BLACK STALLION HORSE. KINZEY IS CURRENTLY IN THE BEDFORD COUNTY PRISON ON $80,000 BAIL AWAITING TRIAL ON CHARGES OF INDECENT ASSAULT OF A JUVENILE LESS THEN 13 YEARS OLD. HIS PRELIMINARY HEARING ON HAVING SEX WITH A HORSE IS SCHEDULED FOR DECEMBER 16

^ HAHAHAHA. My mother in law sent that to me the other day.
Top

Kind of feel like they buried the lead, there. 80% of that copy as about the 'lesser' charge, and the really abhorrent thing was more/less skimmed over.
Top

You wanted more details of the lead?
Top

I went back through trying to find the original release and found this which is completely unrelated:

PA STATE POLICE
BURGLARY/CRIMINAL TRESPASS
DATE: 09/14/2015
LOCATION: 486 MAIN ST, MANNS CHOICE
37 YEAR OLD THEODORE WYATT HAROLD,II IS ACCUSED OF ENTERING THE RESIDENCE LISTED ABOVE, BY WALKING THROUGH THE FRONT DOOR , WHICH WAS UNLOCKED. THE ACCUSED WAS OBSERVED AT THE BOTTOM OF THE STAIRS, AND ASKED THE 31 YEAR OLD MALE WHO LIVES THERE FOR A HUG. THE ACCUSED THEN LEFT THE RESIDENCE. THE 31 YEAR OLD MALE & 28 YEAR OLD FEMALE CONTACTED THE POLICE. AN ARREST WARRANT WAS ISSUED FOR THE ACCUSED AND WAS SERVED THE SAME DAY. HE WAS PLACED IN THE BEDFORD COUNTY PRISON ON $50,000 BAIL
Top

You wanted more details of the lead?

I want to unsee the whole paragraph.
Top

A 25-year-old Somerset woman is accused of making false reports about a sexual assault.
State police charged Jennifer Michelle O’Neil, Cannell Drive, with unsworn falsification to authorities and false reports to law enforcement authorities, both misdemeanors.
O’Neil provided conflicting stories and timelines of events in conversations with police officers, Somerset Hospital employees and a dispatcher at the Somerset County 911 center, according to a probable-cause affidavit. The investigation involved both the Somerset Borough Police Department and Pennsylvania State Police.
At 2:20 a.m. Dec. 21 O’Neil called Somerset County 911 and reported that she had been sexually assaulted 30 minutes earlier.
She then told Somerset Borough police that she was raped by four men after she placed an ad on Craigslist and met a man she called John at Maggie Mae’s Neighborhood Cafe in Somerset. She said that after she went to John’s house, John and three other men grabbed her, duct-taped her mouth and raped her. She said John texted her boyfriend and threatened to kill her if he did not pay a ransom.
She told Somerset Hospital employees that John and his wife picked her up at the Dairy Queen in Somerset Borough. While at their house, she said, she was assaulted by two men and two others tried.
She told state police that she met John at Maggie Mae’s and rode with him to his house, where she cleaned the house and was paid $30. After another male, whom she identified as Zach, came into the room and put a revolver to her face, John and Zach assaulted her while John’s wife watched, she told police.
During another interview with state police on Dec. 21, O’Neil’s story changed again, this time indicating that the events took place on the night of Dec. 20 and involved John and two other men, according to the affidavit.
Following her arrest, O’Neil was held in the Somerset County Jail in lieu of a $20,000 bond. Her bail was modified Wednesday by District Judge Sandra Stevanus to $20,000 unsecured. She is staying with another woman along Cannell Drive in Somerset.
Top

PA STATE POLICE
RETAIL THEFT
DATE: 01/21/2016
LOCATION: 2095 QUAKER VALLEY RD, EAST ST CLAIR TWP
AN UNKNOWN MALE LEFT THE FISHERTOWN COUNTRY STORE WITH PIES IN HIS POSSESSION AROUND 1850 HRS . THE SUSPECT DID NOT PAY FOR THE PIES. ANYONE WITH INFORMATION IS ASKED TO CALL PSP A623-6133
Top

Any updates on the hugger?
Top

Not that I've seen, unfortunately.
Top 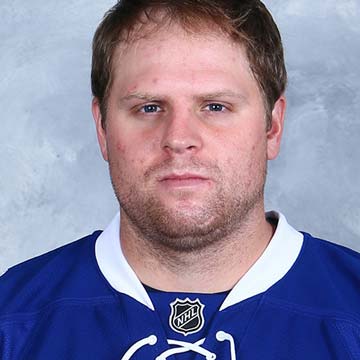 A CRIMINAL MISCHIEF AND DISORDERLY CONDUCT OCCURRED 08/22/2017 AND 09/09/2017 AT WALMART IN SNAKE SPRING TWP, BEDFORD COUNTY. 23 YEAR OLD BRIAN DUANE MORRAL AND 20 YEAR OLD ANDREW CRAIG LEASURE BOTH OF FLINTSTONE ,MD ENTERED WALMART AND TOOK SHAMPOO AND CONDITIONER AND SQUIRTED IT THROUGHOUT THE ISLES, ON MERCHANDISE, AND ON CUSTOMERS. THEY ALSO TAMPERED WITH THE FISH AQUARIUMS. CHARGES WERE FILED IN DISTRICT COURT.
Top

@shafnutz05 and @tifosi77, This one up your hometown way?

A PROWLING & LOITERING AT NIGHT OCCURRED 09/25/2017 ON ORCHARD ROAD IN TAYLOR TWP, BLAIR COUNTY. A SUSPECT DESCRIBED AS A WHILE MALE IN HIS 20s, TALL THIN BUILD, DARK STRAIGHT BOWEL HAIR-CUT, WEARING A BASEBALL CAP, DARK COLORED HOODIE, FADED BLUE JEANS OPERATING A DARK COLORED OLDER MODEL SUB-COMPACT FOREIGN CAR WITH SQUARE TAILLIGHTS, AND A LOUD " COFFEE CAN " TYPE EXHAUST PARKED HIS VEHICLE ON EXCAVATING LN NEAR THE VICTIM'S RESIDENCE. THE SUSPECT ENTERED THE VICTIM'S BACKYARD. A PERSON AT THE RESIDENCE OBSERVED THE SUSPECT IN THE BACKYARD AT THE RESIDENCE NEAR THE VICTIM'S SHED. THE SUSPECT WAS SCARED OFF AND HE FLED THE SCENE.
Top

I just copy and paste straight from the site.
Top

That’s when you have your head up your ass and just trim around the edges.
Top

Taylor Twp is a good bit south of Altoona, not my stompin' grounds. Altho I did go out with a girl from Claysburg during college, that's not too far from there.
Top

Altho I did go out with a girl from Claysburg during college.

Not something I would ever advertise... ever.
Top
Post Reply
156 posts