How can they pitt away this lead?
Top

He shoots he scores
Top

Is Pitt's backup OL better than the starters?
Top

Is Pitt's backup OL better than the starters?

Somehow the best LT play they’ve got all season is from a dude who has never played and has spent the season practicing at guard.
Top

AJ Davis even had some nice runs H2P
Top

btw does anyone have any actual thoughts on the VT game?

As disenchanted as I've been with the way the team has played, I'd love to see them just blow VT's doors off tomorrow for two reasons:

No ACC team gets more undeserved media love than VT. They've been Pitt-like in terms of mediocrity over the last nine years. Since 2011 ended, they've had one 10-win season and one 9-win season, yet somehow every year it seems like they get some stupid preseason top 15-20 ranking and a top 3-4 ranking in the ACC. I'm convinced that half the ACC media that votes in these polls still thinks Michael Vick is VT's quarterback.

Also, I'm still not over the Bud Foster Memorial Broadcast from last year. ESPN's crews have long abandoned actually researching teams, stats, and rosters in favor or over-driven narratives for years now, but that broadcast last year reset the bar for embarrassing and cringe-inducing. The monsoon that game was played in did much more to stifle Pitt's already one-dimensional offense than anything BUD FOSTER CREATOR OF DEFENSE did on the sidelines, but you wouldn't have known that from the broadcast because defense and lunchpails never existed before Bud Foster came along. What a joke.

AJ Davis isn't good but I hope he finds whatever made him a 4-star recruit and channels it into a Hall/Ollison-against-VT-in-2018 level game tomorrow, complete with the soul-shattering stiff arm.

I hope Brandon Hill gets two pick-6s and just for this game, they have a Turnover Lunchpail that says "BUD FOSTER WAS OVERRATED" on it and use that on the Turnover Dunk instead of the football.

AJ Davis even had some nice runs H2P

A high note he hopefully decides to end his career on.
Top

How can they pitt away this lead?

Not getting DJ Turner his 16th reception is extremely Pitt-like.
Top

Good for him. He’s made a hell of a career for himself.
Top

How can they pitt away this lead?

Not getting DJ Turner his 16th reception is extremely Pitt-like.

Congrats on beating a team that's quit on their raging a-hole coach.
Top

Congrats on beating a team that's quit on their raging a-hole coach.

Thank you. With this Pitt team, we'll take any win
Top

It feels like I'm responding a week late on this because I've had to tell myself at least 100 times that today isn't Friday.

I hoped for a blowout against VT but didn't think it would happen. Actually, I wasn't even expecting a win after I saw that Addison, Wayne, Dennis, and Hill were out. I'm not familiar enough to know whether the players VT had missing would have made much of a difference so I don't want to put too much into the win but it was impressive nonetheless. I also probably discounted how much most of VT's roster may actually hate Fuente.

I thought the offensive game plan - using the passing game to set up the run - was smart and good. Pickett was solid all-around. DJ Turner was great and I hope maybe he decides to come back next year. As far as receivers who WILL be back next year, Jaylon Barden is really good and both he and Jordan Addison are going to be a lot of fun to watch over the next couple of seasons.

I've still never seen a running back for a P5 program consistently look like he's running in sand as much as AJ Davis does, but he had a good game, especially getting yards after contact. Vincent Davis may be much better when he get 12-15 touches a game as opposed to 20+ carries.

They obviously have their work cut out for them this weekend. I generally like Clemson but Dabo sure is starting to make it easier to root against them, even beyond this upcoming game.
Top

Nothing says Pitt Basketball like being down 11 to Saint Francis and looking like dog poo while doing it.
Top 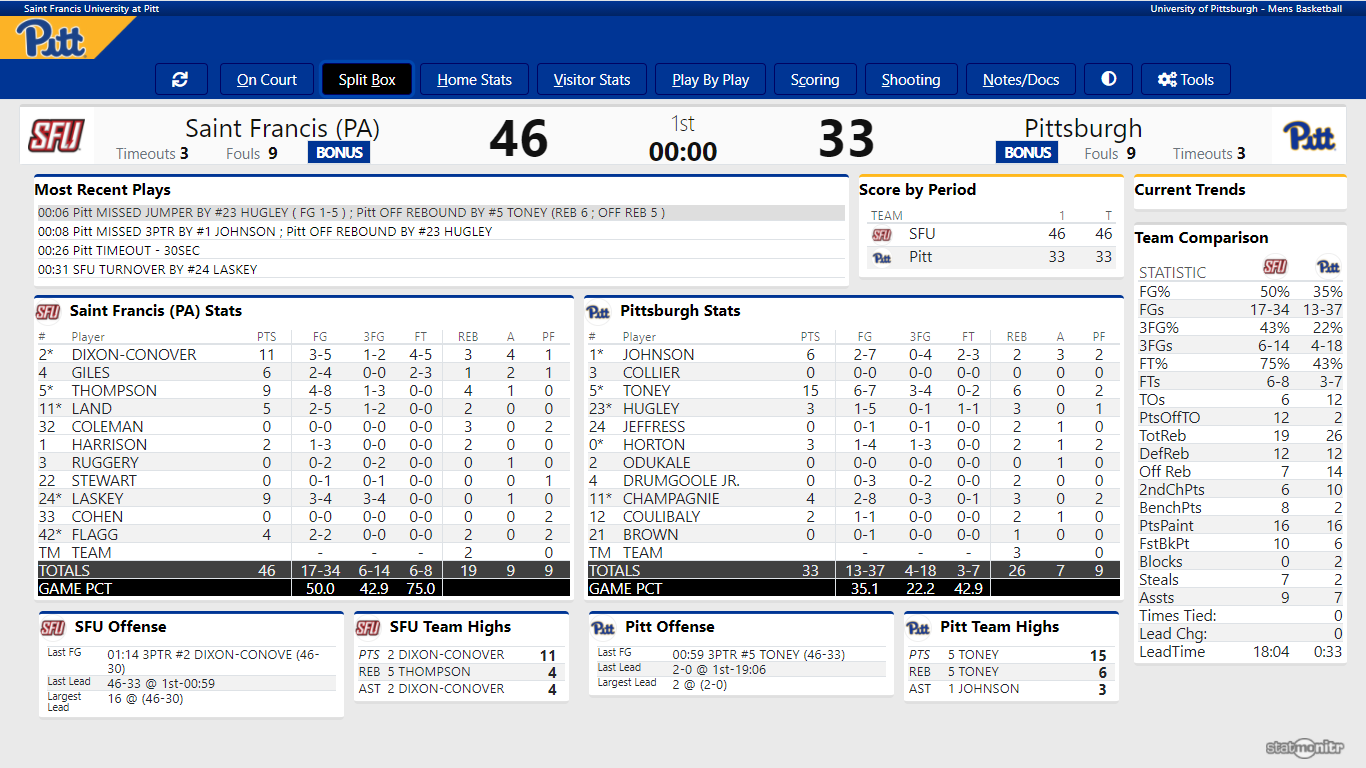