Wow, I thought he was much older for some reason
Top

Justin Layne got the Rona
Top

Huh good to hear he actually exists I guess
Top

Ben Roethlisberger, 38, will stage a comeback in his 17th NFL season that no other quarterback has ever tried under similar circumstances.
Roethlisberger, for the first time Tuesday, detailed the kind of surgery that was performed last September on his right elbow after he left the Steelers’ second game of the 2019 season at halftime against Seattle. He said prior to that, his elbow had bothered him “for quite a few years.”
“There’s no real name for it,” Roethlisberger said of the surgery. “It’s not Tommy John or anything like that.”
He tore three of his five flexor tendons “off the bone” and said surgeons had to reattach the tendons to an anchor in his elbow.
“As far as I’m aware, it’s happened to everyday people on the street, if you will,” he said. “From what I’ve been told, it’s never happened to a quarterback to this magnitude. I believe there was at least another quarterback who had one, maybe two torn off, but not three. That’s just what I’ve been told.”
Roethlisberger said while his elbow bothered him for quite a few years, it did not bug him enough to do anything about it. Then he threw a deep pass to JuJu Smith-Schuster near the end of the first half against Seattle.
“I’ve had a little bit of an injury in that elbow for quite a few years,” Roethlisberger said. “It was just something I dealt with, never serious enough to do anything with. But specifically on that drive against Seattle, that pain wasn’t going away. I threw a deep one to JuJu down the right side and I just really felt a different pain, a different discomfort than I ever felt, and it was kind of shooting down my arm. I knew something was different at that moment.”
He traveled to Los Angeles, where Dr. Neal ElAttrache of the Cedars-Sinai Kerlan Jobe Institute performed the surgery. ElAttrache is a Mt. Pleasant High School graduate in Western Pennsylvania.
Roethlisberger said he believes he can now play a number of years and said his goal is to win “Lombardis,” with an emphasis on the plural. He is signed through 2021.
“My arm feels really good,” he said. “I threw a lot of balls (Monday) and kind of waking up today to see how it feels and it feels great.”
Roethlisberger said he has been throwing more this offseason, for two or three days a week for months before training camp began. Now, he said, he will probably be on a “pitch count” in practices.
“I’ve had no setbacks,” he said. “It feels really good. I’m excited about that. I’m actually lighter than I’ve been since maybe 13, 14 years. I feel really good. I feel strong, I feel healthy, I feel young.”
He also feels his offense can return to one of the best in the NFL.
“We have to do whatever we have to do to win football games,” Roethlisberger said. “That’s the most important thing. It’s throwing the ball if we have to, it’s running the ball if we have to. I’m just excited about where this offense can go. I mean it, truly mean it when I say we have to do whatever we have to do to win football games. Obviously, a quarterback wants to throw the ball, it’s natural. But it really can’t be anything but win football games.” 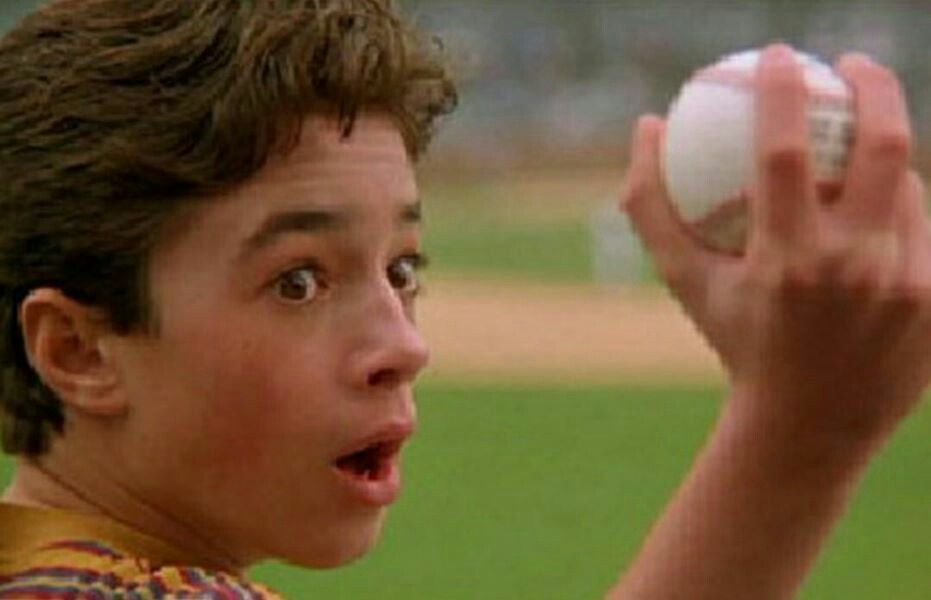 He has such a way with words <3
Top

My first thought was maybe he has a foundation and Joe Haden sent him some jerseys to auction off.

That lasted for about two seconds before I remembered this is PacMan and there’s no way this dadhole is thinking about anybody but himself.
Top 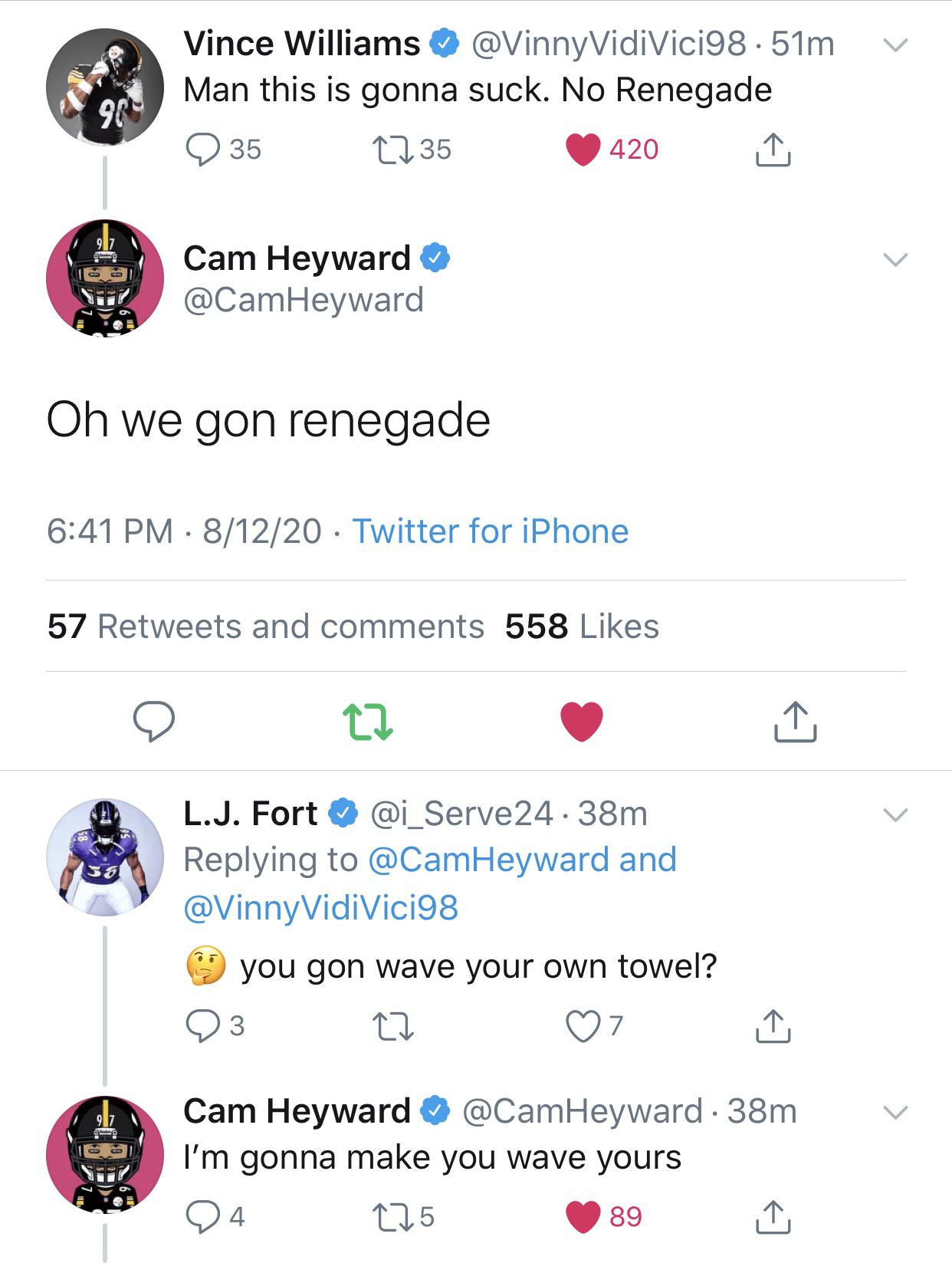 Yous like that Diontae Johnson kid...? What do you see his ceiling as?
Top

Jk.. I see some young AB footwork but that's obviously high praise/expectations.. I could see him being similar to an Emmanuel Sanders imo, ceiling being higher than that but if things go right he can be pretty pretty good
Top

Was he standing on the three yard line when he threw it?
Top

Yous like that Diontae Johnson kid...? What do you see his ceiling as?

Not sure if the last item is actually good or not

In the short term it could be.
Top