I hate when these cake shows are like "We need to make an edible cake 6 feet tall and 4 feet wide in a NFL theme" and then proceed to use PVC, wires, plywood, and 2 metric tons of fondant, and are like "job well done!"

Well, for one, you’re not supposed to eat the PVC...
Top

Well, for one, you’re not supposed to eat the PVC...

Seriously though, 3/4, if not more, of these cakes are building materials purchased at home depot.
Top

I get that, but most of these have large sections of pure cake meant for the tasting element. There’s no way to build the crazy cakes with just cake and buttercream.
Top

This doesn't involve dementia man vs. the orange beast so not important in the scheme of things to America, but reports are coming out that a Turkish F-16 shot down an Armenian SU-25.

The Caucuses' and Turkish involvement in the Armenian/Azerbaijan fight is something to pay attention to.
Top

I saw that "dozens" were killed in a clash between the two countries. Sounds ominous.
Top

While Nagorno-Karabokh goes back a long ways Turkey's direct involvement is new and a cause for concern, especially considering what happened the last time they messed with Armenians.

We got the Kardashians
Top

I saw that "dozens" were killed in a clash between the two countries. Sounds ominous.

It's definitely ominous. Especially if Turkey gets involved. Every time something like this flares up across the globe, I often just find myself thinking of the innocents that are caught up in it. This photo on the FNC website hit hard this morning. 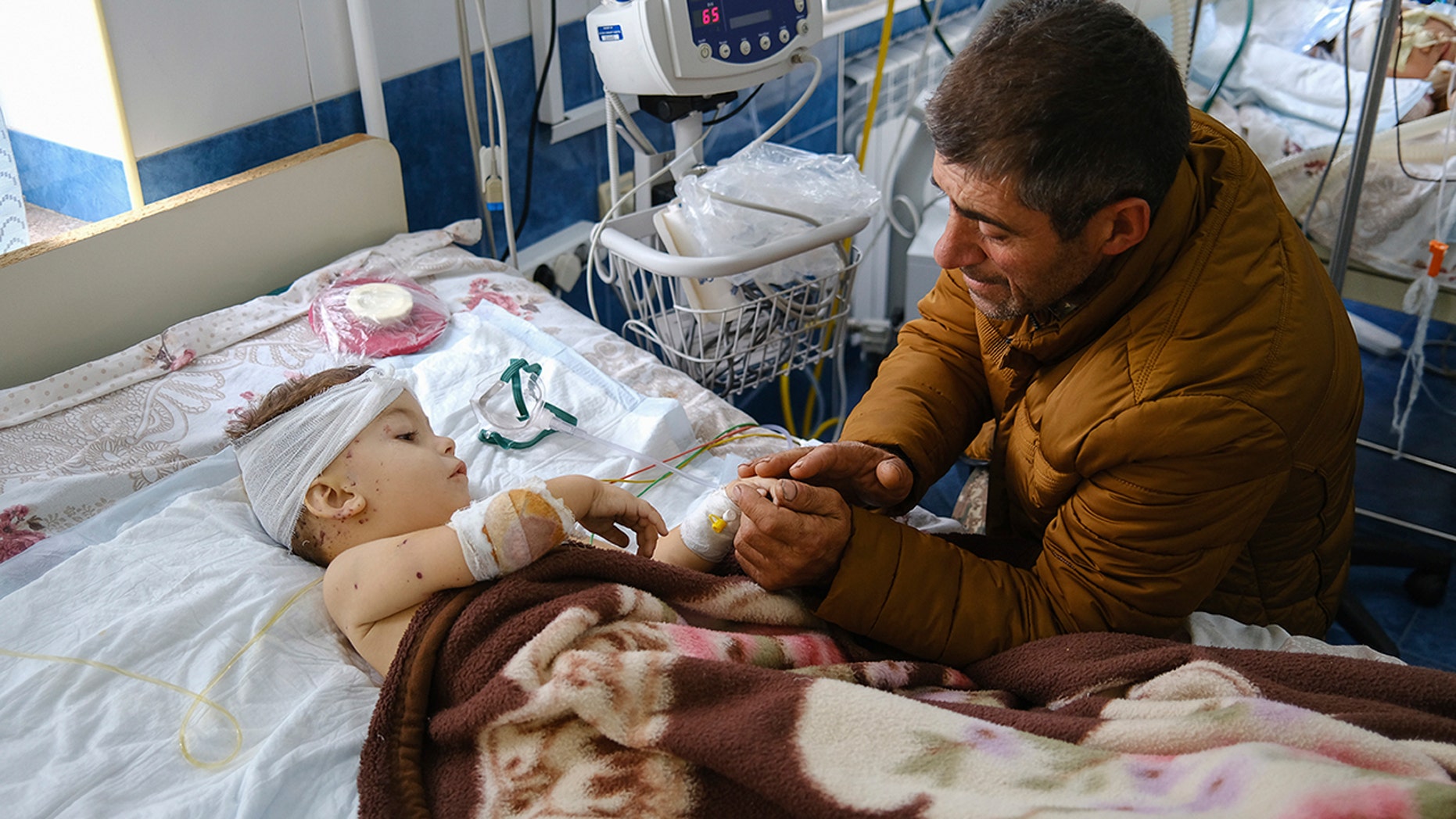 This doesn't involve dementia man vs. the orange beast so not important in the scheme of things to America, but reports are coming out that a Turkish F-16 shot down an Armenian SU-25.

That would be a shame, because Armenia only has like a dozen Frogfoots. (Frogfeet?) It's a very slow aircraft, but at least it's ugly.
Top

Did we sell the Turks any F-35s? Because that would be a sure way to hamper them in an air war.
Top

Turkey was supposed to get a handful of the 'fighters', but they opted into an advanced Russian-built anti-air system so the F-35s are instead being purchased by the USAF. Goodie.
Top

Startled fishermen who found a woman floating in the middle of the sea and barely able to speak from the cold were amazed to discover she had been missing for two years.

Video shows the amazing moment Angelica Gaitan was found floating two kilometres (1.24 miles) off a beach two years after her family had lost contact with her without a clue as to her whereabouts.

Angelica was so weakened from the cold that she could barely reply when spoken to, with the fisherman Rolando Visbal calling to the woman first in Spanish, and then in English, apparently trying to make sure the victim understood him.

There’s something fishy about this woman’s story.

Which I think is a New Sensations video series.
Top

Life in prison for hurting a national treasure.
Top

He just came out of hiding and now we’ll never see him again!
Top

Life in prison for hurting a national treasure.

Alright Ryan Reynolds. You wanna be Deadpool in real life? Here's your opportunity. 15 minutes alone with that POS.
Top

ISIS has established a base of operations in Northern Mozambique


Islamic State-affiliated terrorists have reportedly formed a base hub of operations in Northern Mozambique, killing more than 1,500 people, and displacing more than 250,000, according to the European Union.

The militants intend to spread out from Mozambique’s Cabo Delgado province throughout Southern Africa unless stopped, according to analyst Jasmine Opperman of the Armed Conflict Location and Event Data Project.

“It is Islamic State, seeking a footprint in Southern Africa,” she told Fox News. “Islamic State needs a platform in the region to operate, and Cabo Delgado presents that opportunity, and hence I am saying there is a regional threat.”

A top research analyst told Fox News villagers are given a choice: join ISIS or else. Some villagers have been tortured, raped, and murdered. Young girls have been kidnapped.

“To put it bluntly, it’s spiraling out of control,” claims Opperman.

The militants have fashioned several names for themselves – including Al Shabaab. But there’s no evidence of any direct link with the Somalia-centred group with the same name.

That is truly depressing. As if Mozambique needed this. They are one of the poorest countries in the world with over 80% unemployment. The pastors at our church know two people that run an orphanage in south Mozambique and they are the most genuine, loving people. My wife and I visited there in 2010 and it was absolutely crushing to see how bad it is. Now instead of having options like this orphanage where abandoned children have a chance at a somewhat decent life, they are going to be recruited by these militant thugs. Breaks my heart.
Top

Which I think is a New Sensations video series.

Years ago a friend of my ex's had a baby and was in the hospital and the husband and mother-in-law were overcome with passion and ... They told her and the marriage ended shortly thereafter.
Top


An Australian couple so dedicated to veganism that they deprived their infant daughter of critical nutrients and gave her cerebral palsy have avoided jail by pleading guilty to negligently causing serious injury to the child.

The plea, entered Monday in the County Court of Victoria, also enabled them to retain custody of the girl, who they so severely malnourished that doctors treating her said she presented with symptoms normally only found in famine-stricken countries.

The girl, now 3, suffered crippling brain damage, has cerebral palsy due to the malnutrition and “faces a difficult and challenging life,” the judge said, according to the website News.com.au.

Instead of converting her to solid food at 4 months as her mother’s milk supply ebbed, the parents ditched established medical expertise and put their faith in alternative-health websites in Queensland, Australia, and the U.S., News.com.au said.

They fed her coconut milk, fruit juices, smoothies, plant-based foods and formula made by the dad, prosecutors alleged.

My family law casebook in school was full of this crap and permanently turned me off of every practicing in that space.
Top