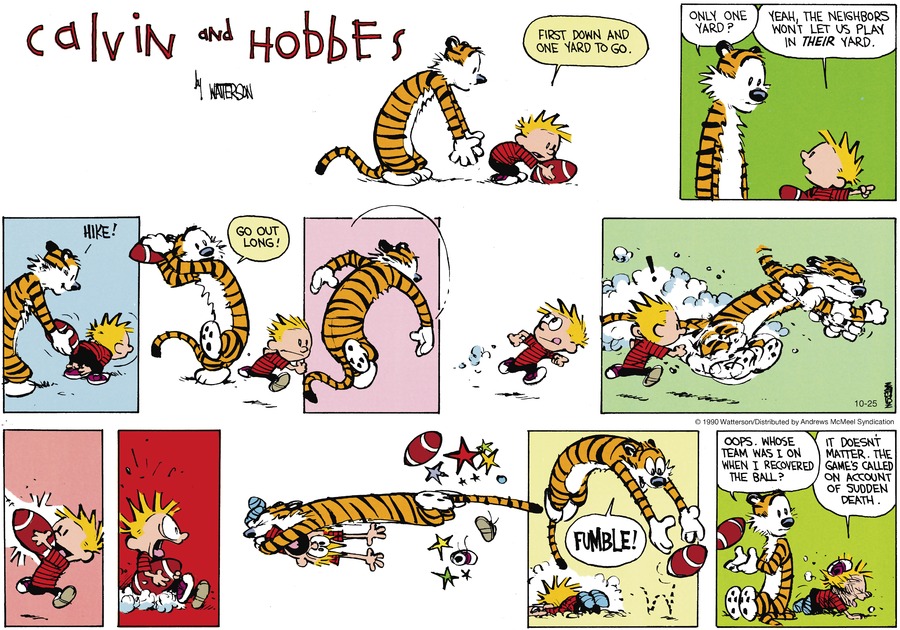 Definitely didn't get that one when I was younger

Definitely didn't get that one when I was younger 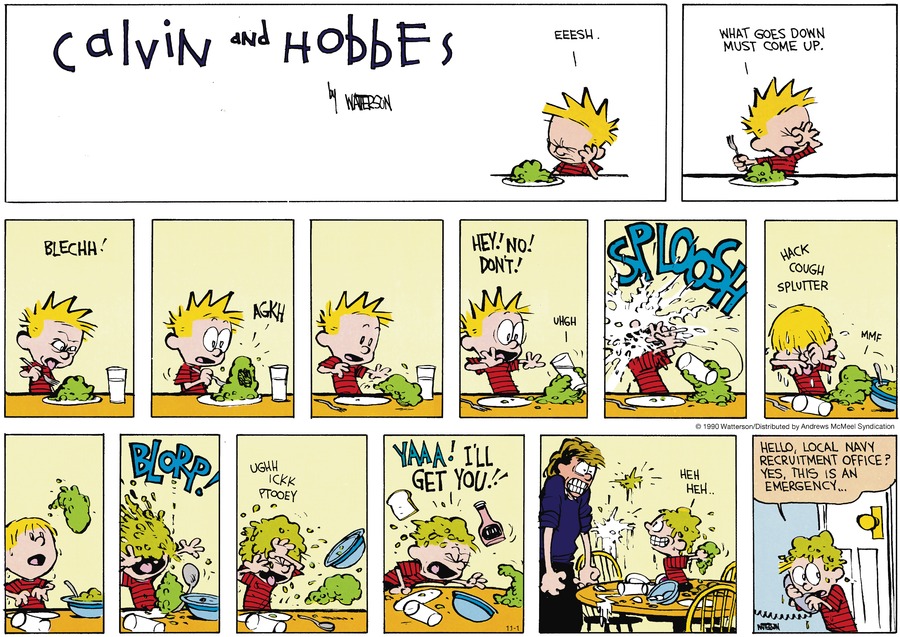 This is a brilliant strip. Watterson is aiming some not-so-subtle criticism directly at the Jim Davises of the world.
Top

Source of the post This is a brilliant strip. Watterson is aiming some not-so-subtle criticism directly at the Jim Davises of the world.

Having read the biography on Watterson, he was definitely the type of person to do that. You could almost say he was a one-of-a-kind cartoonist. As popular as his strip was, he never caved in to the relentless pursuit of making him rich off it. He just wrote the strip and that was it. The only thing extraordinary was the release of the books, which were 99% just a combination of the strips he wrote
Top 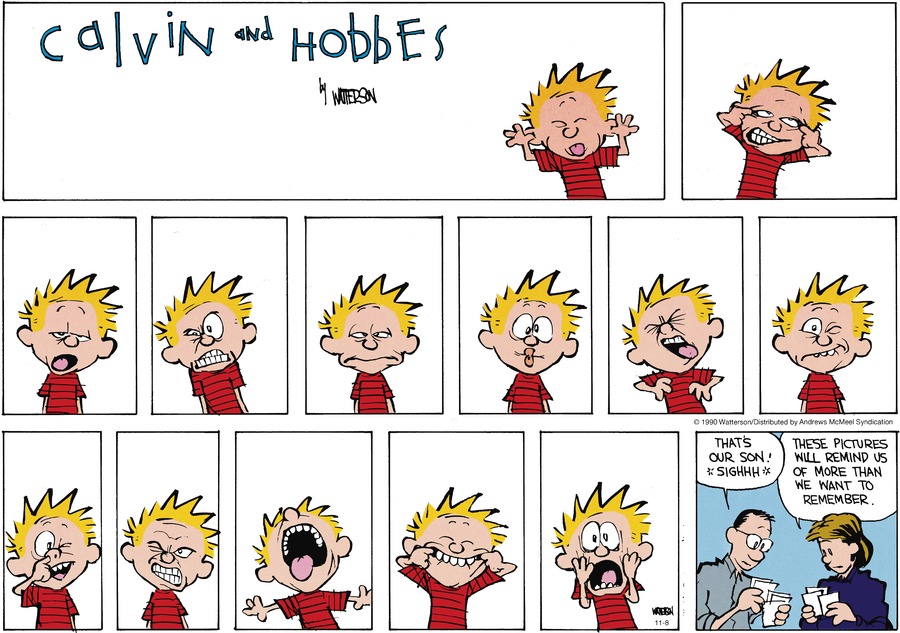 Oh boy. "It was due today," that sure brings up memories.
Top

I once was a week late for school. Good times.
Top 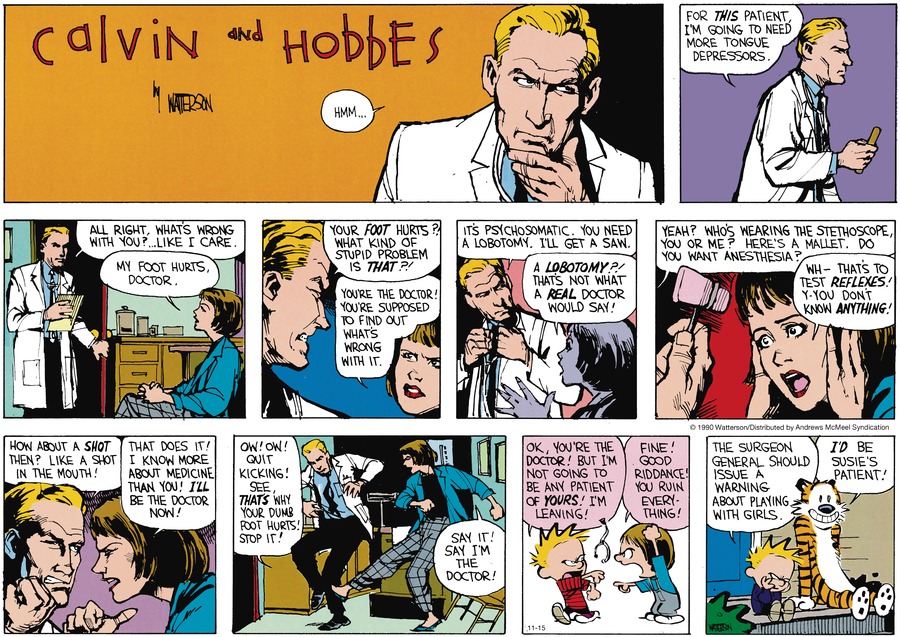 The strips where Susie and Calvin are playing doctor, house, etc are fantastic.
Top