I feel like the prequels and sequels had the opposite problem.

I think it’s different with TV shows, especially moving away from Skywalker related things. Marvel/Disney re-invented the wheel with the MCU. Constant content that is tied together, but different focal points, characters, and genres throughout. A Cassian Andor spy drama, a bounty hunting babysitter, whatever a Boba Fett show would be, Obi-Wan chilling in the desert stalking a little kid, etc etc are all Star Wars but they’re not necessarily the same thing or overkill of the IP.

Mando was praised because it was good, but also different while feeling familiar. Rogue One is the best thing to come out of Disney’s Star Wars and a huge part of that is the ability to tie into a story that’s four decades old with completely different main characters and limited, but tangible, connections to a universe and story we know. The ST and Solo are where the issues of overkill come from. As long as it’s something different, they could release Star Wars related content every couple of months and probably be fine.

Very well stated. This is precisely where I net out and how I feel about SW in the Mouse era.
Top

Man that's the truth. Rewatching Rise of Skywalker was depressing mostly because of how much potential that series had. I legit love the new characters. If there wasn't such a focus on the past, that series could've been great. I still think TFA is a really solid movie, and the first two acts are fantastic.

In retrospect, given what we know of JJA as a filmmaker and storyteller, it feels somewhat surprising - nay, unbelievable - that Damon Lindelof didn't write the screenplay for TROS.
Top

I hope they give Ahsoka a necessary size role in season 2. Dave really helped craft her character so I'm excited to see how she's ingrained but can't focus too much since the story is about Mando and the Child
Top

Next animated series has been announced:

The more involvement power-yinzer Dave Filoni has, the better Star Wars seems to be. He and Jon Favreau should just be handed the keys to the IP going forward.
Top

Starting on August 30, Target stores will become the exclusive “Trading Outpost” for the popular Star Wars-branded theme park areas. The stores won’t have everything you can get in the theme parks—no custom lightsabers or blue milk just yet—but they will have merchandise inspired by the stories being told in the park from some of the biggest companies out there: Lego, Hasbro, Funko, and others.

That could be good, or a trainwreck.
Top

That could be good, or a trainwreck.

I thought Solo was great and he was too, I'm excited for this news
Top

He was the best part of Solo. A series would be awesome.
Top

While I agree Donald Glover was the best part of Solo, that's a bridge too far imo. Lando just isn't that interesting of a character.

I would rather they did more with newer secondary and tertiary characters, like Zorii Bliss or Jannah. Not that I'm super yearning for a show about either of them, but I think it would be more interesting to explore new characters. They're spending too much time looking in the rear view mirror imo.
Top

Oh don’t get me wrong, I’d much rather Star Wars focus on new stories with new characters, but Glover’s Lando was great.
Top

I've said it before, but it would be nice if Disney+ would put out the shows that they listed before they launched, in addition to Mandalorian.
Top

You do know that production on like every movie and tv series remains shutdown, correct?
Top

Yeah, guidelines for resuming physical production were release by LA County back in early or mid-June. Even going by the state of the pandemic back then, it wasn't likely they'd start shooting again until more like August. Now that things have flared up so badly, I'd be surprised if anything new is shot in 2020.
Top 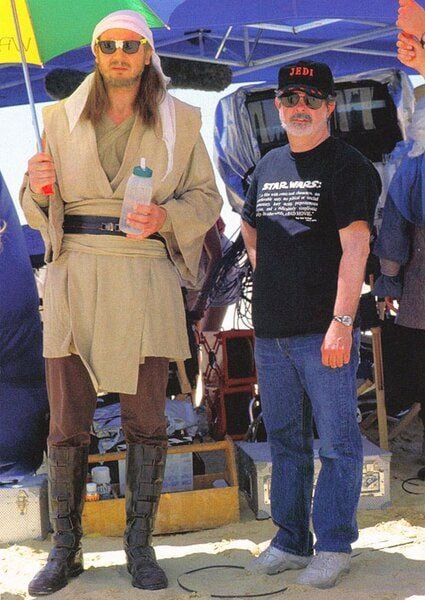 I only just now watched this, and it is 100% correct. lol
Top