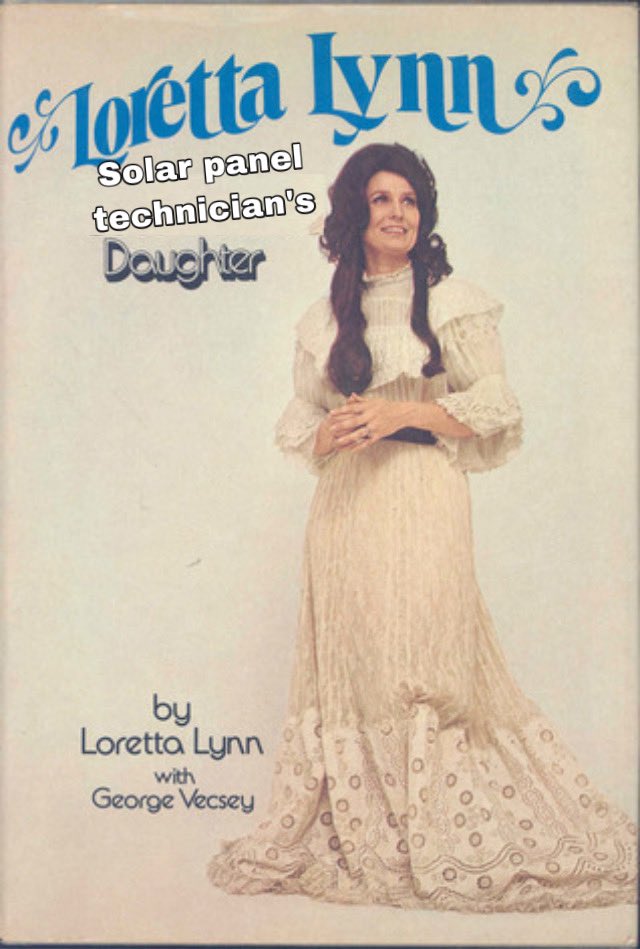 He was long-termer on the Twitters. Crazy.


I'm not a criminal-defense lawyer, but at first blush this strikes me as a dubious case. The statute that he is being charged under is 18 U.S.C. 241, which reads:


If two or more persons conspire to injure, oppress, threaten, or intimidate any person in any State, Territory, Commonwealth, Possession, or District in the free exercise or enjoyment of any right or privilege secured to him by the Constitution or laws of the United States, or because of his having so exercised the same; or

If two or more persons go in disguise on the highway, or on the premises of another, with intent to prevent or hinder his free exercise or enjoyment of any right or privilege so secured—

It strikes me that posting election memes, even false memes, is a stretch for constituting injury, oppression, threats, or intimidation. Moreover, there's a First Amendment issue here, and I'm not immediately seeing any exceptions to the First Amendment that those posts would fall into.
Top

Ooof...Billy Beer is on the way.

House Minority Leader Kevin McCarthy vowed to have a "conversation" with freshman Rep. Marjorie Taylor Greene, R-Ga., after she expressed support for killing Democrats and spread conspiracy theories on social media before and after joining Congress.

This the guy who placed her - a school shooting denier - on the Education Committee. This 'conversation' has a sort of Hans Brix vibe. 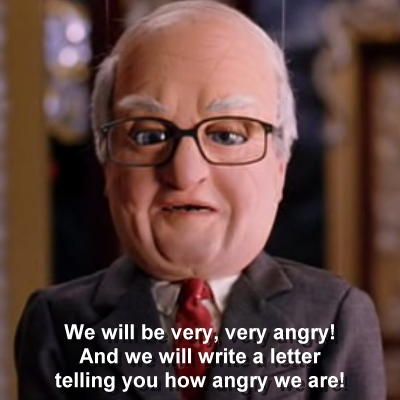 Hannity's lead tonight is very similar to that last tweet posted by Freddy. The right-wing noise machine is in full effect tonight.
Top

I mean, it’s true to a certain extent


I’m pretty sure it’s all targeted towards what’s happening with the stock market now. Major players in media are talking about how it’s dangerous and going to make people lose money. Really the biggest source that support the meme stock investors is reddit. When the subreddit got temporarily shut down, the panic of those invested in the meme stocks was pretty apparent and for good reason: they didn’t have anyone telling them everything is ok and to keep fighting the good fight
Top

Freddy is our conduit to the right-wing noise machine.
Top

i agree with this all the way down the line
Top

There is nothing right wing about being concerned about coordination around stocks.
Top

I don't care about stocks or whatever people do with them. If a bunch of bankers lost money, then

at that. But I would say that there's nothing right wing about today's means of communication increasingly being concentrated in the hands of unaccountable businesses that have their own agendas. Even libertarians are conflicted over that.
Top 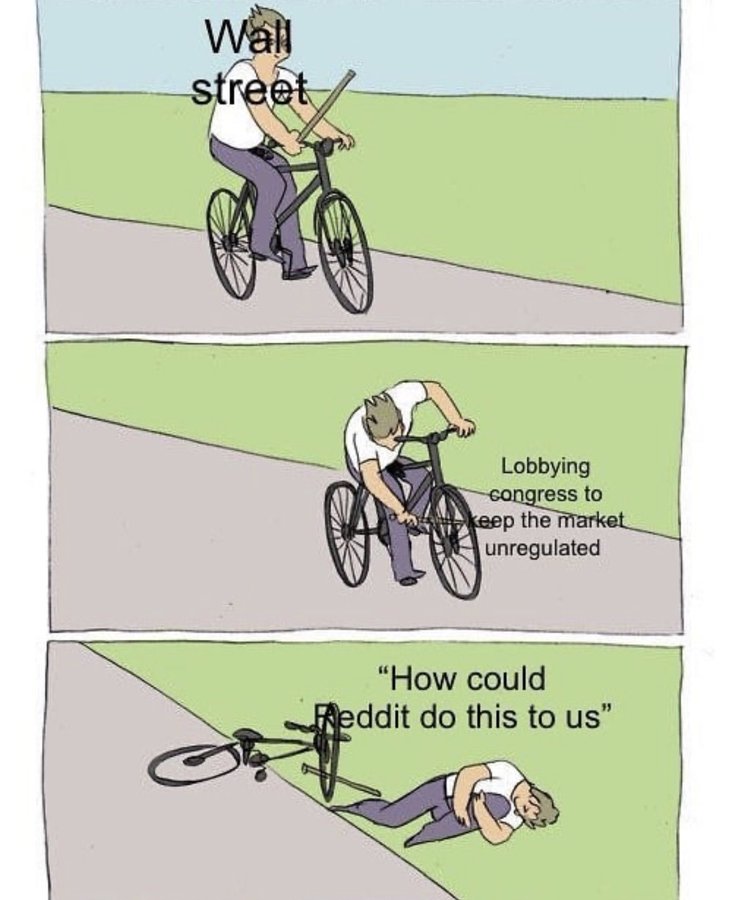 You guys realize that Wall Street, which the exception of whoever the poor souls that have shorted gme, isn’t losing a damn cent over any of this?
Top

count2infinity
Posts: 26532
Joined: Tue Mar 24, 2015 2:06 pm
Location: All things must pass. With six you get eggroll. No matter how thin you slice it, it's still baloney.
Contact:
Contact count2infinity
Website

You guys realize that Wall Street, which the exception of whoever the poor souls that have shorted gme, isn’t losing a damn cent over any of this?

Then why are they all butthurt? If they’re not losing a cent over this why try to stop it? Some sort of noble cause?
Top

The hedge funds invested in GME have lost tens billions of dollars in the last week. Melvin Capital needed a $2.75b bailout to cover some shorts just this week.
Top

Losing at their own game. Bummer.
Top

I'll be sure to send them a gold leaf lined sympathy card when this is all over.
Top
Post Reply
176375 posts