Yup, those are Flex Cuffs.

Somebody think of a second purpose for them. I'll wait.

So now you want to take away someone’s right to run around with them? Maybe he’s going to a photo booth to take pictures of his crew pretending flex cuffs are oversized glasses.
Top


Pelosi said that the House will adopt new rules when it returns to session on Jan. 21 to mandate stiff fines for bypassing security: $5,000 for the first offense and $10,000 for the second. The fines will be deducted from lawmakers' salaries.

“It is tragic that this step is necessary, but the chamber of the People’s House must and will be safe," Pelosi said in a statement.

Yup, those are Flex Cuffs.

Somebody think of a second purpose for them. I'll wait.

So now you want to take away someone’s right to run around with them? Maybe he’s going to a photo booth to take pictures of his crew pretending flex cuffs are oversized glasses.


“We are in the main dome right now,” said a female militia member, speaking on Zello, her voice competing with the cacophony of a clash with Capitol police. “We are rocking it. They’re throwing grenades, they’re frickin’ shooting people with paintballs, but we’re in here.”

“Jess, do your sh*t,” said another. “This is what we f*cking lived up for. Everything we f*cking trained for.”

“We have a good group: 30 to 40 of us. We’re sticking together and sticking to the plan,” the female voice is heard saying on Zello as they were walking toward the Capitol. “The police are doing nothing. They’re not even trying to stop us.”

“You are executing citizen’s arrest,” said '1% Watchdog', the creator of the channel, evoking the viral image of a man carrying zip ties in the Senate chamber. “We have probable cause: treason, acts of treason, election fraud, all kinds of felony crimes, no competent authority,”

Records from several other far-right Zello channels show that the app was a platform for organizing and feverish incitement in the days leading up to the deadly riot.

Speaking in a password-protected channel called “DC 3.0”, a user named “AmericanRev2” described how Zello would fit into a communication plan featuring multiple apps: “Once we go operational, this channel will just be for intel gathering and organizing on the backside … All information, once verified, will be put into the Telegram and then shared to boots on the ground from there.”

The speaker’s voice, username, and profile picture match other social media accounts used by Josh Ellis, the administrator of mymilitia.com, another hotbed of far-right organizing.

“DC 3.0” is one of at least five channels that were created specifically for the 6 January event. Organizing also took place in channels that have been active for years, including one run by the III% Security Force, a Georgia-based militia group.

Really no doubt that this was a widespread seditious conspiracy that included House members. Hopefully there's enough evidence that they can all be charged accordingly.
Top

197 elephants in the House voted against impeachment. I guess they would have been fine if the seditionists found them and dragged them out to the makeshift gallows.
Top

I'm on record as wanting to dump nearly all of Congress...but I'm surprised this is the way it could happen. Cool.
Top

And this is just the stuff that they're letting go public. I read somewhere that the full details of insider involvement will be "shocking."
Top

"Alarming" is easily up there with terrifying
Top

Imagine if he had been giving these types of speeches for the last 4 years.

I'm on record as wanting to dump nearly all of Congress...but I'm surprised this is the way it could happen. Cool.

I'm with you. If any member of Congress has been there longer than 10 years, they need to get out because they have done very little in that time.
Top

"Alarming" is easily up there with terrifying

If ever this gif was appropriate 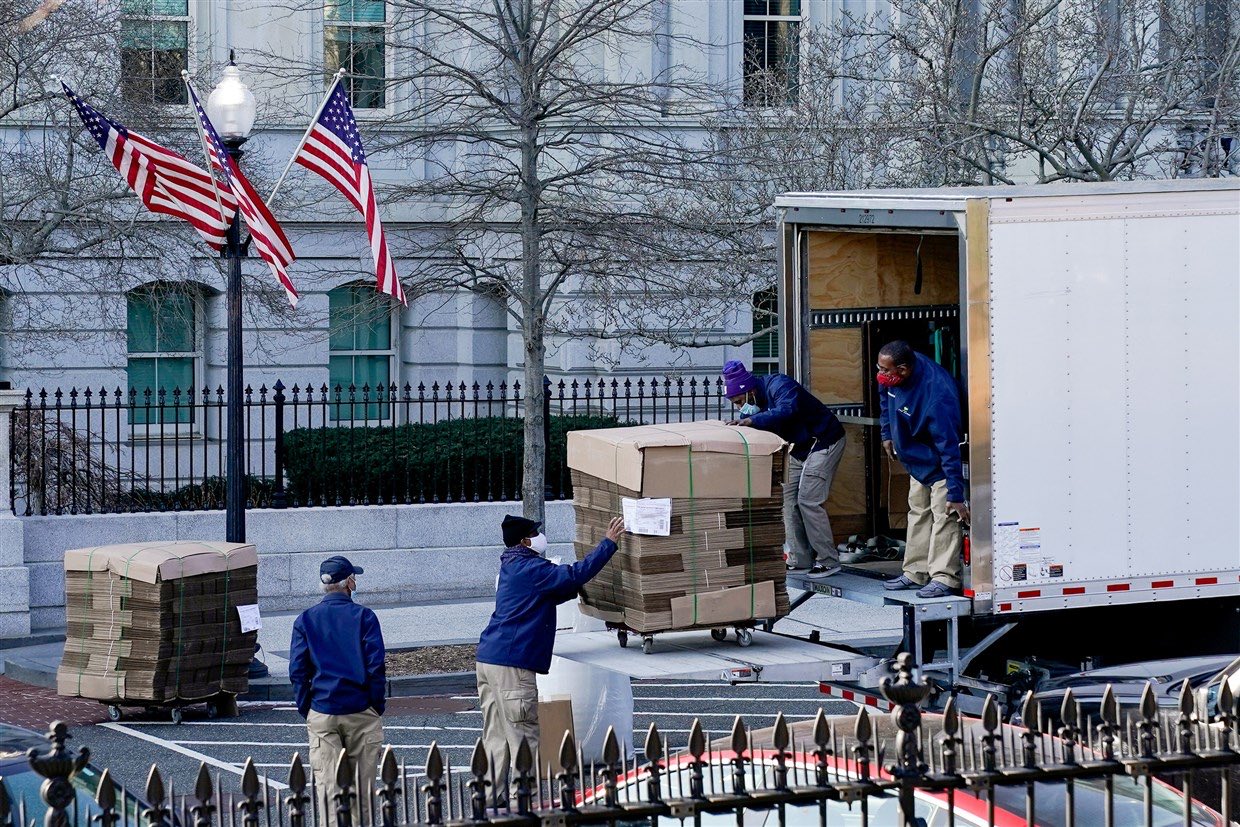 I mean he can still get convicted, but it will just happen after his is out of office. That would still strip him of his pension, and detail, and not let him run for office again etc.

According to the Senate's website, "The Constitution requires a two-thirds vote of the Senate to convict, and the penalty for an impeached official upon conviction is removal from office. In some cases, the Senate has also disqualified such officials from holding public offices in the future."

one would think that if 2/3 vote to convict surely, especially after Ossof and Warnock are sworn in, that the Senate would get the 51 to ban him from running in 2024 but nothing would surprise me. an before someone says, "well, he'll be a convicted felon soon." nothing in the Constitution prevents a convicted felon from running for President.

So if all that stuff is true about zellow and it being coordinated from the inside w/members of congress what is the penalty for sedition? Is it execution? Because if it's anything less than execution, I'm not impressed.
Top

I hope enough details will come out that that will force some of these pussies to do the right thing, but judging from the speech last night, I'm guessing they are going for the he's learned from his mistakes route again
Top

So if all that stuff is true about zellow and it being coordinated from the inside w/members of congress what is the penalty for sedition? Is it execution? Because if it's anything less than execution, I'm not impressed.

not impressed. Should be up there with treason, imo.
Top

Ali Alexander, the organizer behind the "Stop the Steal" movement, said three Republican congressmen helped him plan the January 6 rally that preceded the armed insurrection at the Capitol that left five dead.

Alexander said Reps. Andy Biggs, Mo Brooks, and Paul Gosar helped him plan the event that occurred as Congress was getting ready to certify the electoral vote for President-elect Joe Biden, The Washington Post reported.

"We four schemed up of putting maximum pressure on Congress while they were voting," Alexander said in a since-deleted Periscope video.