I remember a period in late adolescence when my mind would make itself drunk with images of adventurousness. This is how it will be when I grow up. I shall go there, do this, discover that, love her, and then her and her and her. I shall live as people in novels live and have lived. Which ones I was not sure, only that passion and danger, ecstasy and despair (but then more ecstasy) would be in attendance. However...who said that thing about "the littleness of life that art exaggerates"? There was a moment in my late twenties when I admitted that my adventurousness had long since petered out. I would never do those things adolescence had dreamt about. Instead, I mowed my lawn, I took holidays, I had my life.
But time...how time first grounds us and then confounds us. We thought we were being mature when we were only being safe. We imagined we were being responsible but we were only being cowardly. What we called realism turned out to be a way of avoiding things rather than facing them. Time...give us enough time and our best-supported decisions will seem wobbly, our certainties whimsical.
Top

To be stupid, and selfish, and to have good health are the three requirements for happiness - though if stupidity is lacking, the others are useless.
Top

I need to be alone. I need to ponder my shame and my despair in seclusion; I need the sunshine and the paving stones of the streets without companions, without conversation, face to face with myself, with only the music of my heart for company.
Top

I need to be alone. I need to ponder my shame and my despair in seclusion; I need the sunshine and the paving stones of the streets without companions, without conversation, face to face with myself, with only the music of my heart for company.

I imagine one of the reasons people cling to their hates so stubbornly is because they sense, once hate is gone, they will be forced to deal with pain.
Top

A man stood upon a railroad bridge in northern Alabama, looking down into the swift water twenty feet below. The man's hands were behind his back, the wrists bound with a cord. A rope closely encircled his neck. It was attached to a stout cross-timber above his head and the slack fell to the level of his knees. Some loose boards laid upon the sleepers supporting the metals of the railway supplied a footing for him and his executioners--two private soldiers of the Federal army, directed by a sergeant who in civil life may have been a deputy sheriff. At a short remove upon the same temporary platform was an officer in the uniform of his rank, armed. He was a captain. A sentinel at each end of the bridge stood with his rifle in the position known as "support," that is to say, vertical in front of the left shoulder, the hammer resting on the forearm thrown straight across the chest--a formal and unnatural position, enforcing an erect carriage of the body. It did not appear to be the duty of these two men to know what was occurring at the center of the bridge; they merely blockaded the two ends of the foot planking that traversed it.
Top

Woke up this morning with
a terrific urge to lie in bed all day
and read. Fought against it for a minute.

Then looked out the window at the rain.
And gave over. Put myself entirely
in the keep of this rainy morning.

Would I live my life over again?
Make the same unforgivable mistakes?
Yes, given half a chance. Yes.
Top

Garcia wondered why people with JESUS stickers on their bumper always drove twenty miles per hour under the speed limit. If God was my co-pilot, he thought, I'd be doing a hundred and twenty.
Top

I carry silent baggage. I have packed myself into silence so deeply and for so long that I can never unpack myself using words. When I speak, I only pack myself a little differently.
Top

Nobody ever own a gun. You don’t know that until you own one.
Top

The Nellie, a cruising yawl, swung to her anchor without a flutter of the sails, and was at rest. The flood had made, the wind was nearly calm, and being bound down the river, the only thing for it was to come to and wait for the turn of the tide.
Top

Down the hall came the wife. She was glorious, burning. She didn't know yet that her husband was dead. We knew. That's what gave her such power over us. The doctor took her into a room with a desk at the end of the hall, and from under the closed door a slab of brilliance radiated as if, by some stupendous process, diamonds were being incinerated in there. What a pair of lungs! She shrieked as I imagined an eagle would shriek. It felt wonderful to be alive to hear it! I've gone looking for that feeling everywhere.
Top

The smell of the sea, of kelp and fish and bitter moving water, rose stronger in my nostrils. It flooded my consciousness like an ancestral memory. The swells rose sluggishly and fell away, casting up dismal gleams between the boards of the pier. And the whole pier rose and fell in stiff and creaking mimicry, dancing its long slow dance of dissolution. I reached the end and saw no one, heard nothing but my footsteps and the creak of the beams, the slap of waves on the pilings. It was a fifteen-foot drop to the dim water. The nearest land ahead of me was Hawaii.
Top

The customary blizzard of pigeons wheeled briefly across the walk and settled back around an old lady who fed them from a large, wrinkled, paper bag. “I heard a guy on television the other night,” Dillon said. “He was talking about pigeons. Called them flying rats. I thought that was pretty good. He had something in mind, going to feed them the Pill or something, make them extinct. Trouble is, he was serious, you know? There was a guy that got **** on and probably got **** on again and then he got mad. Ruined his suit or something, going to spend the rest of his life getting even with the pigeons because they wrecked a hundred-dollar suit. Now there isn’t any percentage in that. There must be ten million pigeons in Boston alone, laying eggs every day, which will generally produce more pigeons, and all of them dropping tons of ****, rain or shine. And this guy in New York is going to, well, there just aren’t going to be any of them in this world any more.
Top

Finished all eight of The Expanse series. So good. The ninth book should be very interesting...

Next up, is The Tourist by Olen Steinhauer.
Top

I am reading through the Jack West Jr. books by Matthew Reilly, starting with Seven Deadly Wonders.

These are probably the most entertaining books I've ever read. Nonstop, ridiculously over the top action from cover to cover, taking place all over the world at historical marvels, places previously undiscovered, etc. His other books are in a similar vein (Ice Station is a great one). Highly highly recommend. Just make sure you read each series in order.
Top

My youngest son finally got into the Harry Potter series, and will probably finish all of them in ten days total (including the Cursed Child play). He really got into it, after trying to read them last summer. He's 11 fwiw.

Man, the Milo Weaver books by Olen Steinhauer are really good. I'm 1/3 of the way through the second book, and it's excellent so far. Apparently, Doug Liman was directing a version of the first book (The Tourist) but it's been stuck in limbo for a while. Might just make more sense as a series, tbh.
Top 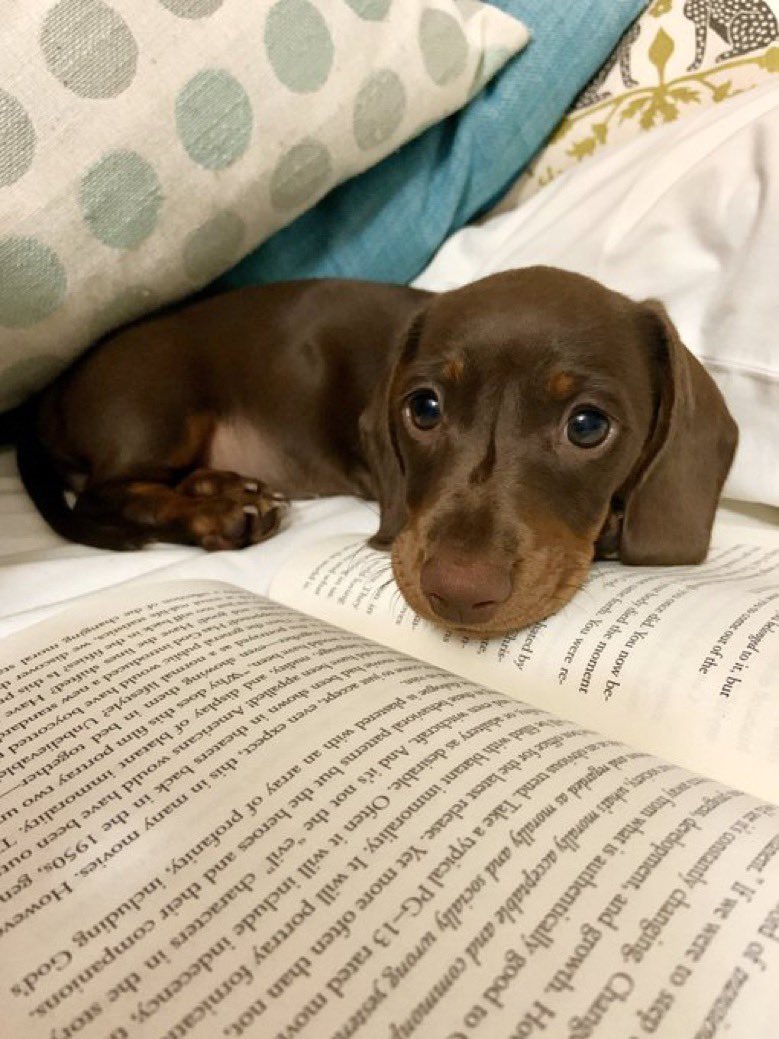 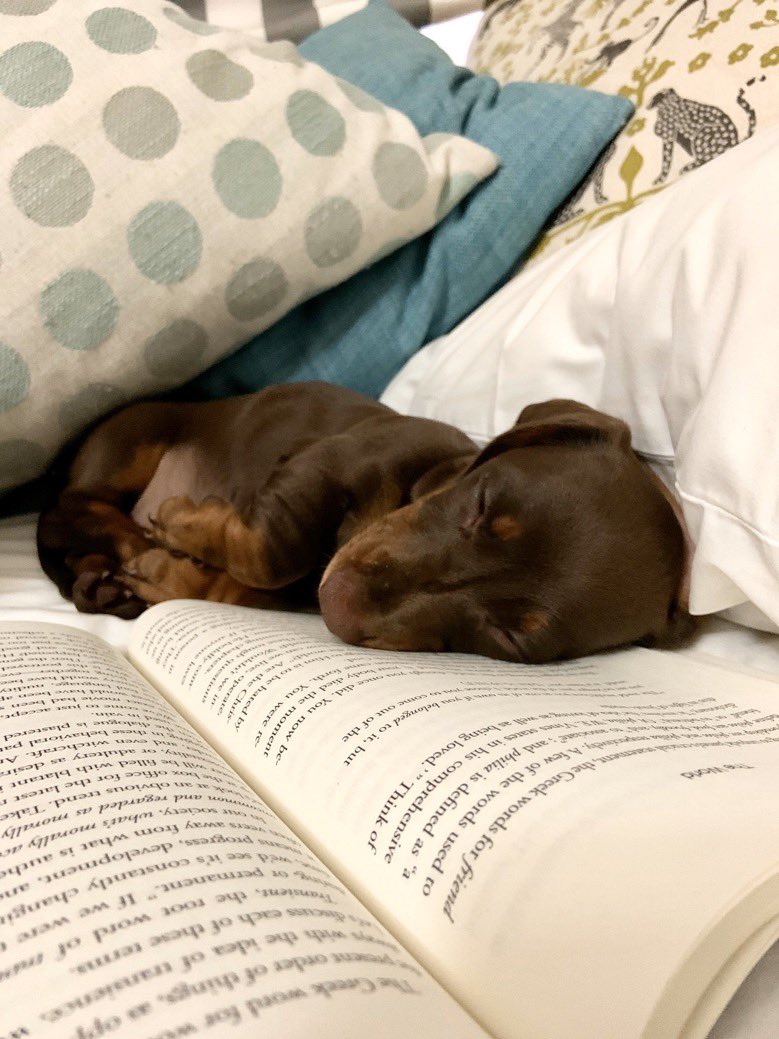 Has anyone read The Rook before? I just started and it seems pretty good so far.

Also just finished Race the Sands by Sarah Beth Durst. She is quickly becoming one of my favorite authors for writing female characters. Her books aren't "hey look, I'm a feminist", but truly understanding the complexity of female protagonists without it being the central point of the book. Anyone who is a fan of A Darker Shade of Magic, I suggest checking this stand alone out. It has similar pacing. I read it in one sitting because I was so engrossed.
Top

Absolutely loved the power of dog trilogy. Glad I read them back to back to back, plays great as one epic story. Don Winslow makes it so words fly off the page.
Top

Finishes this a little bit ago. I never knew the full story, so hearing it in this context brought up a whole ton of “wtf?” Reading this back to back with the Jakarta method, and you the message is, the early cia would do absolutely anything.
Top
Post Reply
1506 posts