The ATC calls for the United at Newark. The reported problem was a hydraulic failure. That may have also caused the brakes to lock up and produce the sanded-off landing gear. 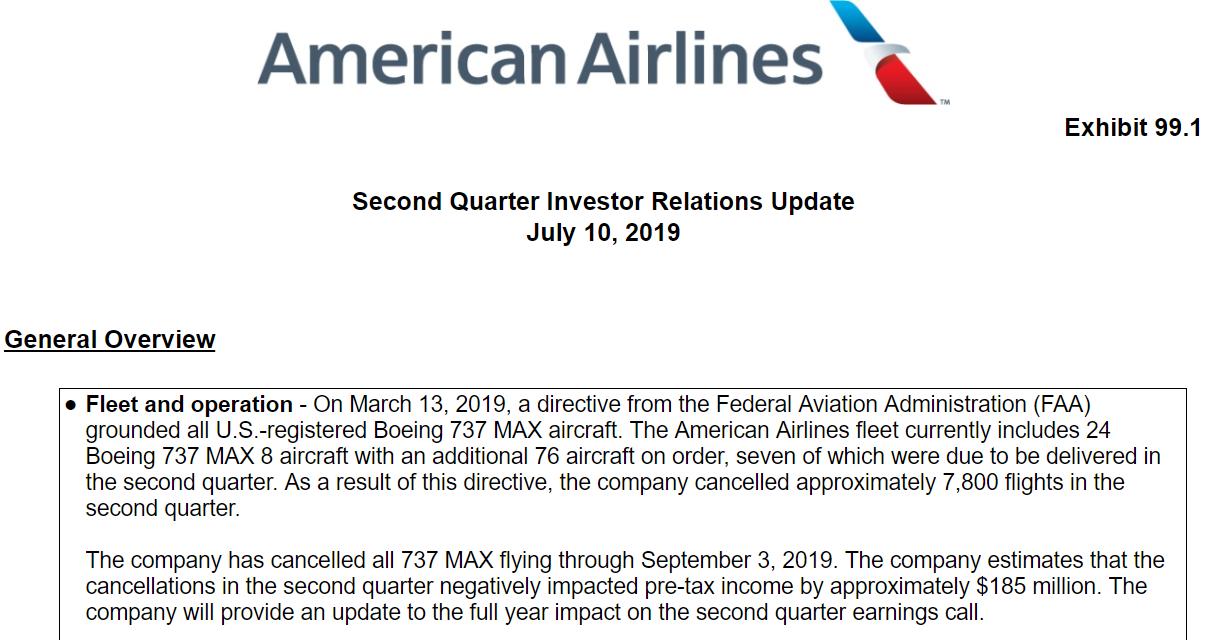 It's actually not quite as bad as it looks. I didn't realize this before, but the JT8D engine has fixed stator vanes that are in front of the front bypass fan, so the loose nosecap is not actually in contact with the main fan blades. For most turbofan engines, there's nothing in front of the bypass fan.
Top

Mentor Pilot with a tour of a 737 MAX cockpit (in the form of a simulator):

The delay about starting the engine is interesting. I know the tolerances in the newest generation of turbofan engines are super tight, and it looks like the delay is for the purpose of getting heat into the system before lighting off the engine. It's probably similar to the deal where a lot of top-level race-car engines like F1 engines have to be preheated before you can start them.
Top

It's actually not quite as bad as it looks. I didn't realize this before, but the JT8D engine has fixed stator vanes that are in front of the front bypass fan, so the loose nosecap is not actually in contact with the main fan blades. For most turbofan engines, there's nothing in front of the bypass fan.

I'm more curious what kind of noise that was making for the duration of the flight.
Top

Whatever it sounded like, I bet it was really loud.

On the Mad Dog front, Delta has announced that the MD-90s in its fleet will be gone by 2022. Delta has around 34 of them in current service and is the last MD-90 operator in the world. That isn't a lot of aircraft for a very large airline like Delta, and economies of scale make it more expensive to operate smaller numbers of aircraft. I wouldn't be surprised to see them gone early. Delta has 50 A220-300s and 100 A321neos on order that will be delivered starting next year, and depending on route density those aircraft would replace the MD-90s.
Top

I stumbled across pics of Beijing's newest international airport, which is scheduled to open later this year. I love the design. 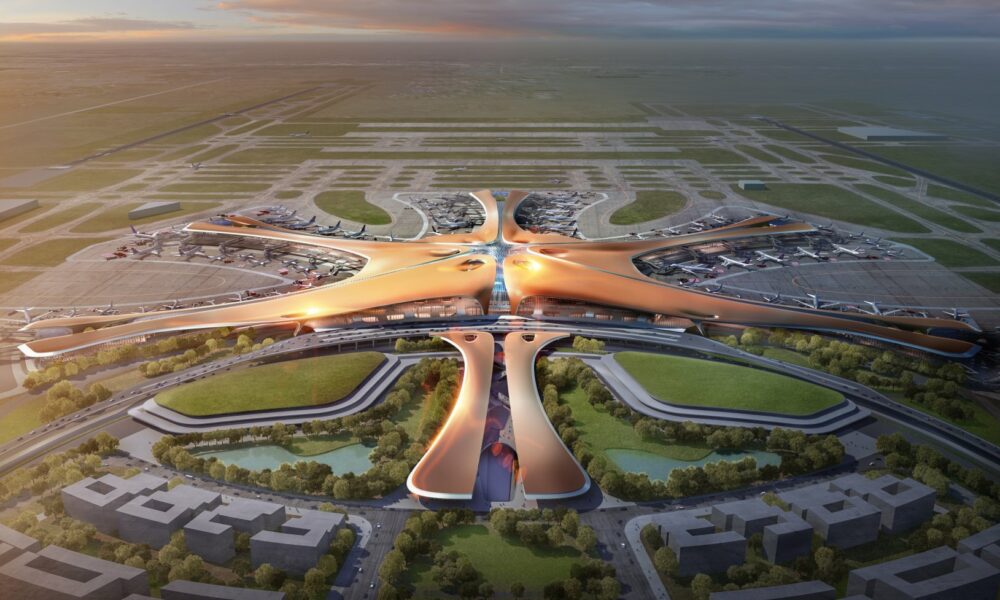 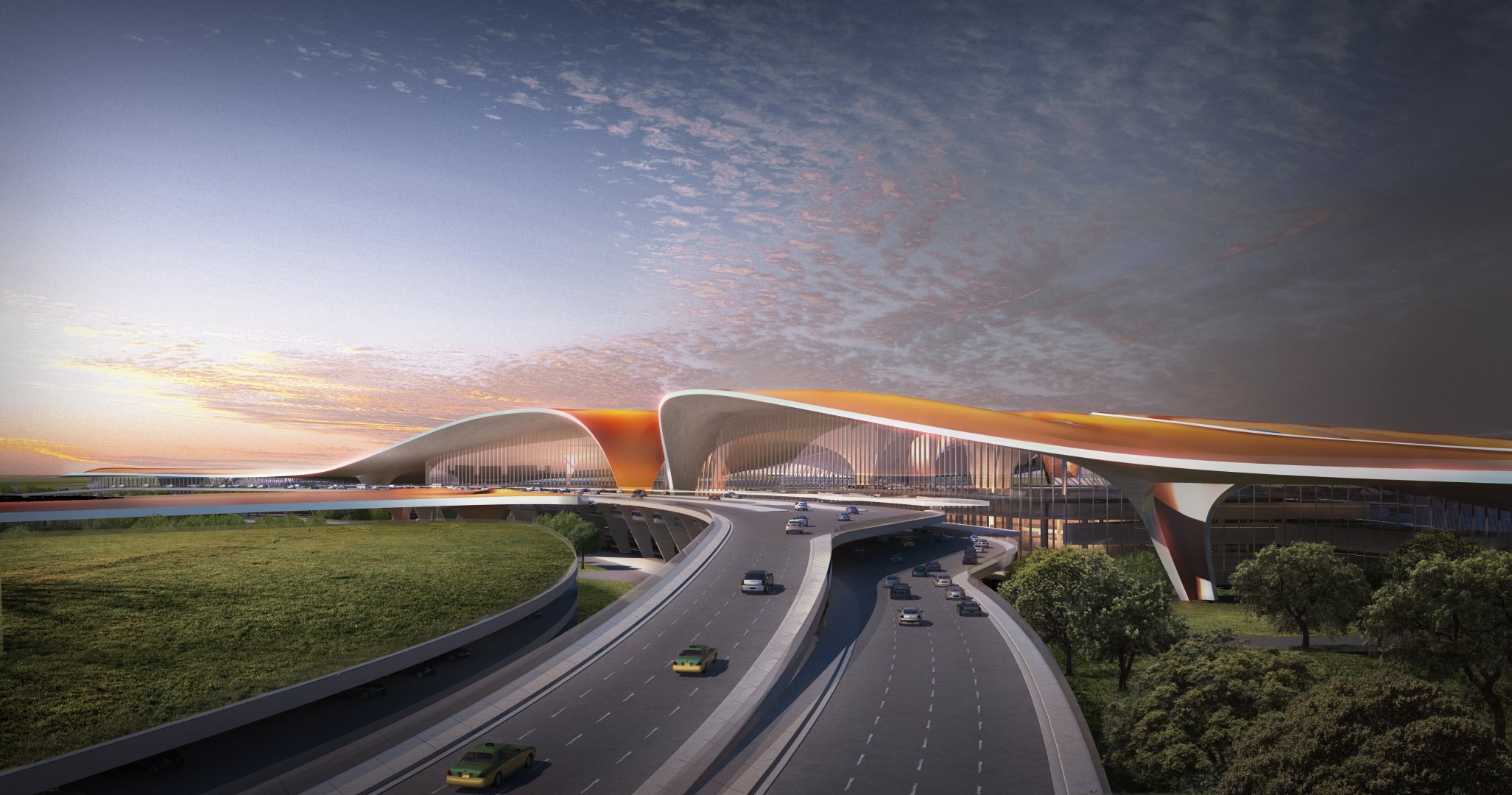 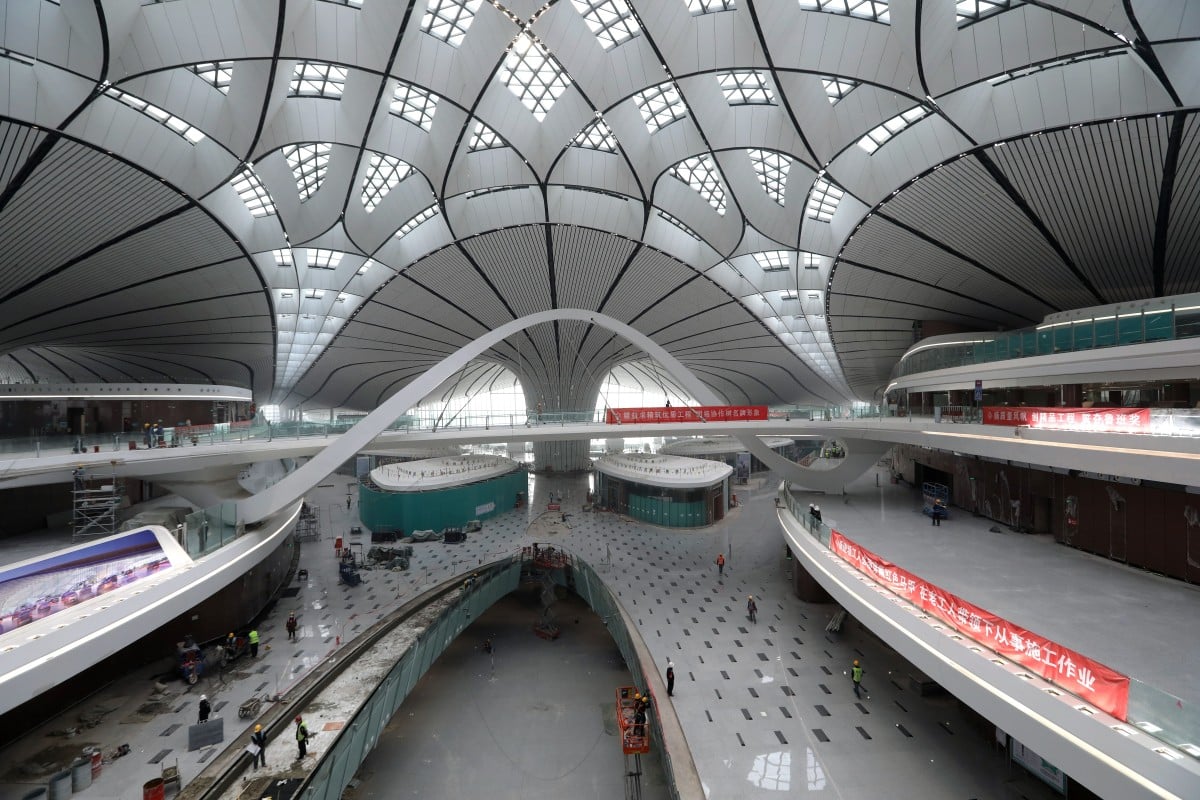 It is very pretty, although I am always somewhat suspect of Chinese construction and maintenance. I have a coworker who recently flew through China for a vacation to Hong Kong, and he said that even though the airport he went through was fairly new (I think it was Guangzhou Baiyun International Airport, which opened in 2004), the roof was leaking, a bunch of stuff wasn't working, and it generally seemed to be dirty and junky.

If I understand the plans correctly, that is going to be an absolutely monster airport. When it opens it will have that huge single terminal and four runways (three north/south parallel and an east/west crosswind). If I'm understanding the master plan correctly, the future plan is to: (1) build two detached linear terminals that will go in the grass strips you can see in between all of the taxiways beyond the terminal in the top photo, (2) build a second main terminal beyond that, which will basically be a mirror image of the existing main terminal; and (3) build three more north/south runways and a second east/west crosswind runway, for a total of eight.
Top

In another blow to Boeing (although one that isn't their fault this time), it looks like the first flight of the 777X will be delayed for an yet-undetermined amount of time so that GE can redesign parts of the GE9X engines. Some of the stators in the engine core were showing premature and excessive wear, so GE is redesigning them to be more robust. The first flights were supposed to be this year, but the 777X might not have its first flight until early 2020.

I'm getting the impression that the next generation of engines like the GE9X, LEAP-1, PW1000G, and Trent TEN/XWB/7000 are really pushing the envelope in terms of materials design.
Top

A nice order for the A220 family. Air France has signed a deal to buy up to 60 A220s, all of which will be the larger A220-300. Airbus has an all-Airbus narrowbody fleet and is one of the few airlines that has operated all four variants of the A320 family, including the relatively rare A318. A lot of those aircraft are getting old, and the new A220s will probably replace the smaller A318s and A319s.

I've yet to see a bad review of the A220 flying experience, and I'm greatly looking forward to flying on one some day.
Top

I doubt I'll get the chance unless somebody here uses them for regional routes.
Top

The only US operator so far is Delta, and so far they've actually been using their A220s on longer routes, such as NYC to Houston and Salt Lake City to Atlanta. It looks like they're basically using it for "long and thin" domestic routes in much the same way the 757 gets used for certain international routes.
Top

Heavy east-coast thunderstorms have been causing a high number of diversions to PIT. In the last 24 hours or so, the airport has temporary accommodated a British Airways 747 from London and an Air France A380 from Paris, along with well over a dozen domestic flights that were headed to places like NY, Philly, Baltimore, and DC.
Top

Do 380s normally operate out of PIT? I know they have some unique infrastructure requirements.
Top

Nope. Even Philly doesn’t get them unless they’re diverted.
Top

On the few occasions when an A380 gets diverted to PIT, it's my understanding that they usually park it over by the general-aviation ramp. While PIT does have several widebody gates that could theoretically get at least one ramp up to the aircraft for very slow deplaning, the airport doesn't own the equipment necessary to do a pushback on an A380, so if it went into a gate it wouldn't be able to get out. That means that the folks on the Air France flight were all stuck on the aircraft until the weather cleared and it went on to its destination. But I think the airport does have the equipment necessary for a 747, so those folks might have been able to deplane during the delay.
Top

Yeah, it sucks that the people can't deplane while waiting, but if bad weather is hitting all of Dulles, JFK, and Boston (which relatively speaking aren't all that far apart), then I think the next-closest US airports with A380 gates would be Chicago and Atlanta, and the length of time one would spend flying to/from those other cities might very well exceed the amount of time you would spend just sitting on the ground at PIT. Also, the aircraft might not have enough fuel for a diversion to one of those cities. PIT might not be able to put in A380 into a gate, but it does have the ability to refuel one.
Top

Major close call for a Ural Airlines Airbus A321 flying out of Zhukovsky International Airport near Moscow. The aircraft experienced a major birdstrike—with dual engine failure—shortly after takeoff and had to make a gear-up emergency landing in a cornfield about three miles from the runway. It was carrying 226 passengers and 7 crew, and while a number of passengers are in the hospital with significant injuries, there are no fatalities.

It looks like they went through a whole flock of birds almost exactly at rotation. The end of the first video is probably only a couple of seconds before the start of the second.
Top

Dale Earnhardt, Jr. and his family were in a plane crash.

All survived, look at the plane.

Yikes. The aircraft is a Cessna Citation Latitude (registration N8JR), which is only four years old, and the Citation Latitude only went into production five years ago. This might be the first hull loss for that type.
Top
Post Reply
1274 posts