The "Nazareth" mentioned in the Band's song "The Weight" is based on Nazareth, PA.

Very cool... Didn't know that or never really thought about it.
Top

Normally I hate FB shares, but this was a legitimately awesome TIL

Prior to the start of the Normandy invasions, Beyrle jumped twice into occupied France to coordinate, provide arms, and money to several French resistance units.
He then jumped into France on D-Day, destroyed a enemy gun emplacement, was captured, escaped, and captured again.

He was beaten nearly to death, his uniform and dog tags were taken from him.
A German soldier attempted to infiltrate US lines dressed in Beyrle's uniform and was killed.

The US War Department believed Beyrle had been killed in combat and notified his parents.
His mother refused to believe her son was dead and continued to ignore the calls from the family to accept his death.

Beyrle was taken into captivity at an German controlled POW camp.
He attempted to escape and was shot and wounded.
He survived on minimum food and medical attention.

Beyrle would be held in seven different POW camps and escaped again, this time the Gestapo was ready to shoot him, claiming he was a spy.

He escaped again and found his way to a Soviet armor brigade which was near the POW camp.

Beyrle having knowledge of engines and mechanical background assisted the Soviet tank unit which was equipped with American made M4 Shermans.

He served with armor unit commanded by a Soviet female officer and acted as a scout for the Russians against German positions.
He was wounded again when German dive bombers attacked the Russian armor column.

He was taken to a Soviet hospital where he met Soviet Marshall Zhukov who was curious on how this American paratrooper ended up in a Soviet hospital.
Zhukov was so impressed with Beryle's story he provided safe passage back to the US Embassy in Moscow.

Due to the US War Department believing Beyrle had been killed back in June 1944, the US government kept him under guard for several days until his dental records confirmed he was indeed Beyrle.

Beyrle served more combat time with the Soviets than the Americans and received both US and Soviet citations.

Beyrle returned home and married his sweetheart by the same priest who two years earlier had held his funeral when his family believed he was dead.

Here is SGT Joseph Beyrle's Prisoner of War picture after he was captured again by the Germans.

Rename one of those Confederate-soldier bases after that guy.
Top

Rename them after guys who didn't get captured.
Top

Beyrle to the Germans:

Haha, that's one of my favorite didn't-see-that-coming fight scenes in movies.
Top

Beyrle died during a visit back to Toccoa, GA where the 101st's regiments trained during WWII. 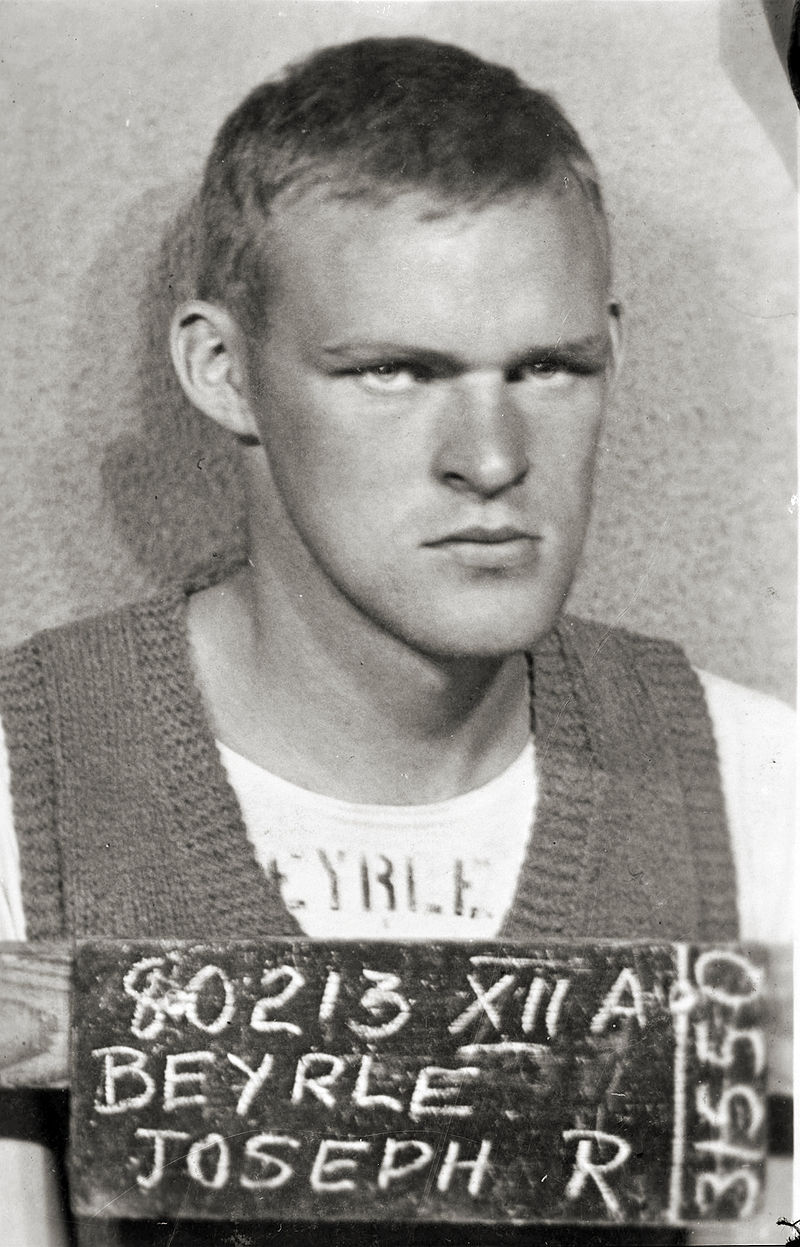 He does not look pleased.
Top

The cheering crowd you hear on David Bowie's Diamond Dogs is from a Faces show.
Top

Rename them after guys who didn't get captured.

possibly the most underrated post of 2020 in 5af
Top

About half of Wichita State's football team died in a plane crash a month and a half before the Marshall crash. It was entirely avoidable and due to the pilots decision to treat the players to an impromptu sightseeing excursion.