SpaceX is counting down to what is hoped to be the first test flight of Starship. A live stream is here: 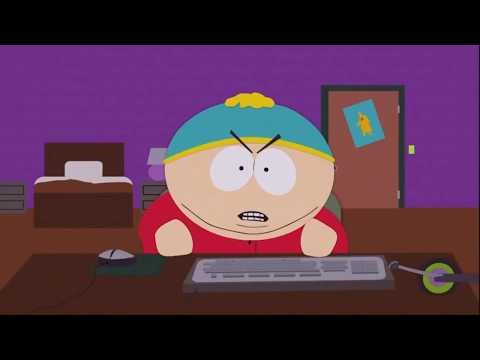 Crud. Abort at T-1.3 seconds. Standing down for the day.
Top

Yeah, it crashed, but it crashed right into the middle of the landing pad!
Top

The purpose of this test was to fly a SpaceX Starship prototype up to around 12km in elevation and then test its ability to descend and attempt to land on target. The plan was to ascend vertically, flip horizontally using its gas thrusters, descend horizontally under the control of its fins (simulating how this vehicle would act coming back from orbit), and then execute an engine-powered flip back to vertical for a powered landing. Some information on what happened: (1) The three Raptor engines were being intentionally shut down on ascent, so when Starship went from three engines to two to one, that was on purpose and not engine failures. (2) A big part of the test was seeing whether the Starship would be stable and controllable when "belly flopping" back down, which has never been tested. That appeared to be successful. (3) Only two engines were supposed to light for the landing attempt, so the third not lighting up was on purpose. (4) The crash at the end was caused by low pressure in the fuel tank, which caused fuel starvation that led one Raptor engine to shut down early and the other one to run oxygen rich, which is why it produced the bright green exhaust. The vehicle could not produce enough thrust to slow itself down fully on one engine, so boom it went. Still, this was an amazing and successful test, and the next prototype is pretty much already complete. Amazing job by SpaceX!
Top

F*** NBC and Lester Holt. They only show the explosion and then he says "Thankfully, nobody was on board."
Top

Yeah, unfortunately there's a stark divide in between the science media and the mainstream media reporting on this. Most media outlets are going with "LOL fail! It blew up!" A lot of them are only showing the boom without even showing the flips.

Those who understand what was was going on (I think Ars Technica would be a good example) are more like "Holy crap, everything actually worked as it was supposed to up until the landing burn, and we already know that's something fixable."
Top

The flip from the landing site:

I just watched this. That was awesome. It's going to be like those old science fiction movies where the aliens land vertically in rockets.
Top

Yeah, I was not shocked to see mainstream news orgs cover the explosion after ignoring most of SpaceX and even NASA's rocketry launches over the last few months.

But man, the potential is there for those rockets. It's really cool.
Top

The flip from the landing site:

That is so damn cool.

More on the upcoming planetary conjunction on the solstice. If you look outside, Jupiter and Saturn are getting closer quickly
Top

ULA will be attempting yet again to launch the Delta IV Heavy NROL-44 mission tonight. The launch is scheduled for 8:00 p.m. EST. This mission has previously had two last-second aborts, the most recent one back at the end of September. Not only were there problems with the Delta, but ULA also had to replace a bunch of the hydraulics that move and retract the swing arms at the pad.

For years, the federal government paid ULA something along the lines of half a billion dollars each year supposedly for the purpose of maintaining "constant readiness" for US government and military launches. Given all of the problems with the Delta's ground equipment, one might wonder where exactly all of that money went.
Top

SpaceX has suffered a setback with Starship SN9. It either slipped off its mount in the assembly high bay, or the mount collapsed, and it ended up leaning against the inside of the assembly building. There are big cranes trying to right it. It may have suffered some damage, and we don't know yet whether it's still in flyable condition or whether that'll just buff out. If not, I'm sure a lot of its parts can be recycled into another test vehicle.
Top

Ars technica has a good article on the current state of the Orion spacecraft, which is the crew capsule that NASA has been developing for more than a decade to fly on the SLS system. I think the most interesting part of the article is a comparison of NASA's work on Orion to what SpaceX has done with less money:

The Orion spacecraft is now 15 years old and has flown into space just once
https://arstechnica.com/science/2020/12 ... an-encore/


Since that time, according to The Planetary Society's Casey Dreier, NASA has spent $23.7 billion developing the Orion spacecraft. This does not include primary costs for the vehicle's Service Module, which provides power and propulsion, as it is being provided by the European Space Agency.

For this money, NASA has gotten a bare-bones version of Orion that flew during the Exploration Flight Test-1 mission in 2014. The agency has also gotten the construction of an Orion capsule—which also does not have a full life support system—that will be used during the uncrewed Artemis I mission due to be flown in 12 to 24 months. So over its lifetime, and for $23.7 billion, the Orion program has produced:

Obviously, that is not nothing. But it is far from a lot, even for a big government program. To see how efficiently this money could theoretically have been spent, let's use an extreme example.

SpaceX is generally considered one of the most efficient space companies. Founded in 2002, the company has received funding from NASA, the Department of Defense, and private investors. Over its history, we can reliably estimate that SpaceX has expended a total of $16 billion to $20 billion on all of its spaceflight endeavors. Consider what that money has bought:

To sum up, SpaceX delivered all of that for billions of dollars less than what NASA has spent on the Orion program since its inception.

Hope someone gets to see the Saturn/Jupiter conjunction on Monday, sadly I live in WPA and it's December so it will not be remotely clear.

Been following their movements since the summer and should have known it would wind up this way.
Top

SpaceX closed out its 2020 launch schedule with a classified launch for the NRO. The launch was from the newly renamed CCSFS (Cape Canaveral Space Force Station) and featured an onshore landing for the booster. Whatever the payload was, it wasn't very heavy. This launch was only announced a few weeks ago.
Top

SpaceX conducted the first US launch of the year, launching the civilian Türksat 5A telecommunications satellite. It will provide satellite coverage over Turkey, the Middle East, continental Europe, and portions of Africa.

Starship SN9 is progressing through preflight testing, and a flight is currently targeted for NET Tuesday.

Also coming up in January should be the second launch of the Virgin Orbit LauncherOne rocket, which is air-launched from a 747. The first launch attempt last year failed when a propellant feed line broke shortly after ignition. LauncherOne is attempting to compete in the increasingly crowded market for small satellite launches.
Top

Io...my favorite moon in the solar system. Those are some phenomenal shots.
Top
Post Reply
1159 posts