The ULA Delta 4 Heavy launch tonight experienced another last-second abort. Because the abort occurred after the hydrogen-burnoff sparklers* around the bottom of the rocket were lit, this will be a multi-day delay because those things have to be removed and replaced.

* AKA the Radially Outward Firing Initiators or ROFIs.
Top

@Shyster, I'm really annoyed they scheduled the Wallops launch for tonight. Supposed to start to cloud up later this evening, so probably won't be able to watch the launch.
Top

Whatever has infected ULA with all the Delta 4 scrubs has also infected SpaceX. A Starlink launch for this morning was scrubbed at T-18 seconds due to an "out of family ground system sensor reading." No substitute launch date has been selected. SpaceX will be trying to launch a GPS satellite tomorrow from LC-40; this launch would have been from LC-39A. I hope the Antares launch tonight doesn't also suffer from scrubitis.

There are current three rockets upright on pads at the Cape, which isn't something that happens very often.

Whatever has infected ULA with all the Delta 4 scrubs has also infected SpaceX.

And NGIS. The Antares launch was scrubbed around T-2 minutes.

Whatever has infected ULA with all the Delta 4 scrubs has also infected SpaceX.

And NGIS. The Antares launch was scrubbed around T-2 minutes.

Messed around with the telescope and camera last night and got some cool shots of the moon, but can't seem to upload to imgur anymore?
Top

Messed around with the telescope and camera last night and got some cool shots of the moon, but can't seem to upload to imgur anymore?

I have the app and am able to upload a picture....
Top

I have the app and am able to upload a picture....

I usually used the mobile site, maybe they disabled that.
Top 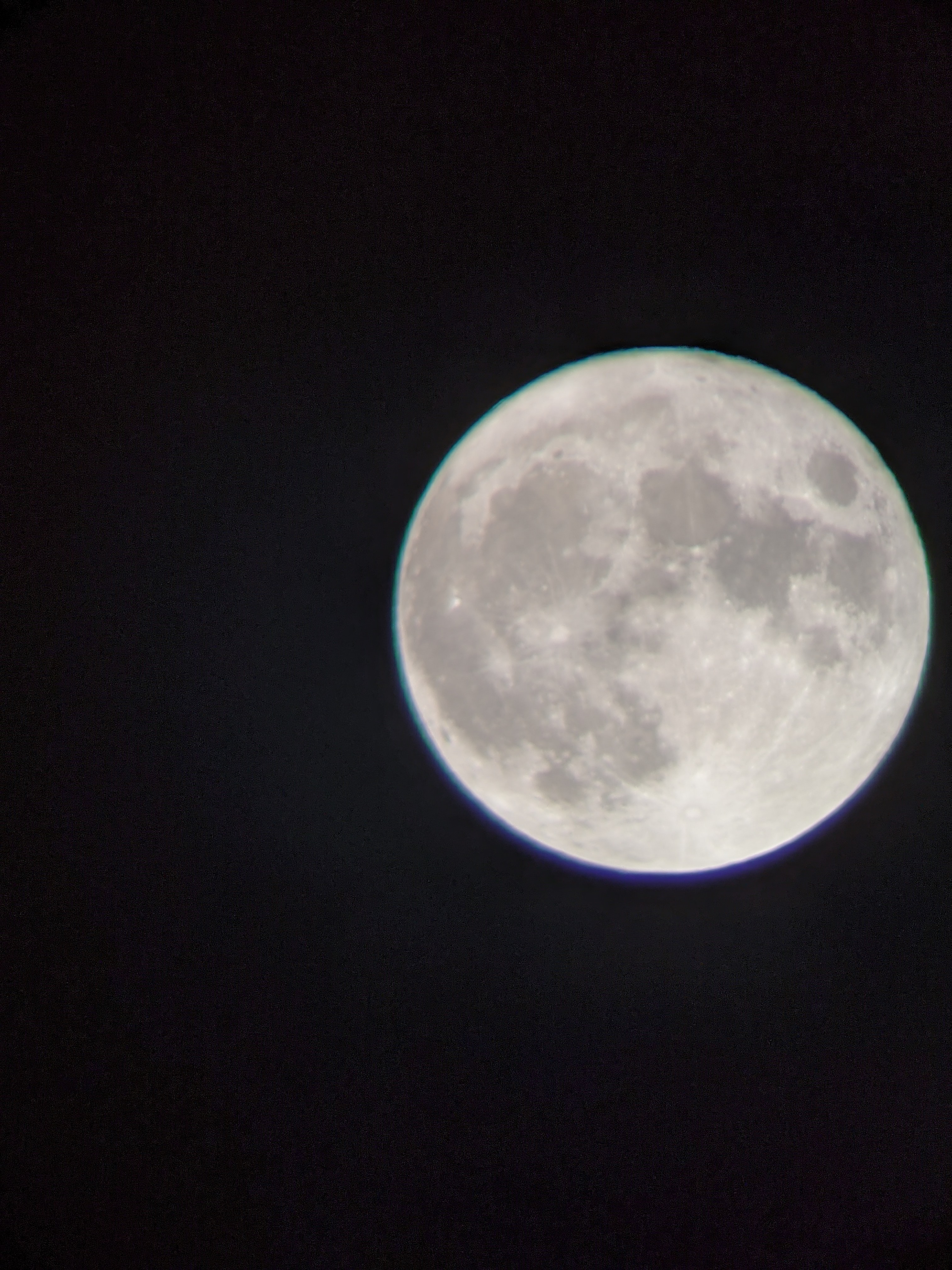 First time messing around with camera and telescope, but I had a lot if fun
Top

Why did just the link show up, what is wrong with me
Top

Why did just the link show up, what is wrong with me

Why did just the link show up, what is wrong with me

Went in and fixed it for ya
Top

NGIS has fixed the piece of ground equipment that caused yesterday's abort. The next launch attempt is set for 9:16 pm EDT, and weather is expected to be 90%+ "go" at launch time. SpaceX is also targeting tonight for the GPS-III mission. That launch window opens at 9:43 pm EDT. The weather down in Florida is a little iffier, with a 70% chance of "go" at launch time. So we will hopefully have two successful orbital launches within an hour of each other.
Top

One successful launch tonight. Let's see if we can make it two.
Top

Not going to claim I have the greatest photo skills or phone camera, but with a bit of zoom, got a pretty good pic of the Moon and Mars 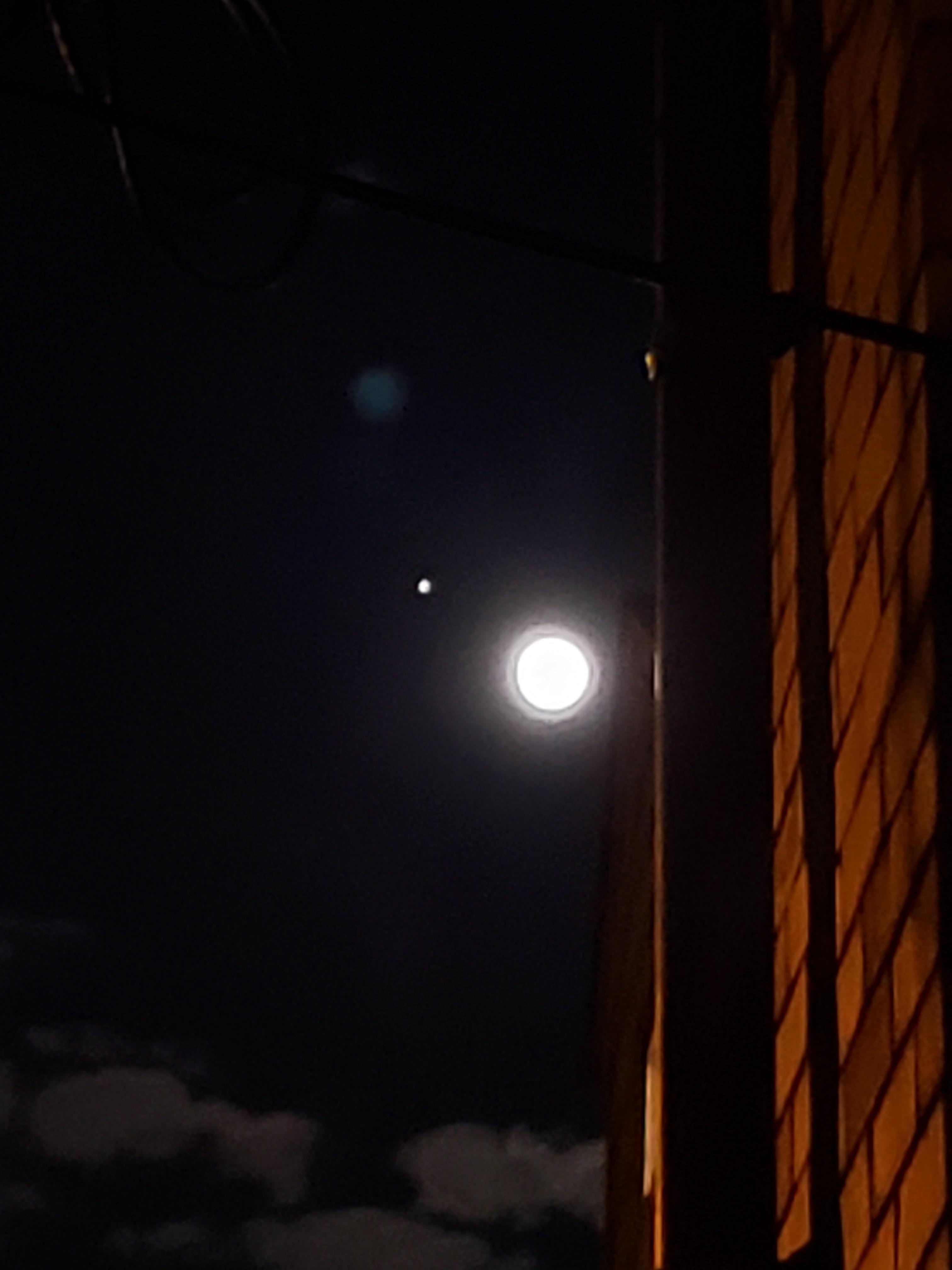 Nope. SpaceX aborts at T-2 seconds. It looked like the abort was right at engine ignition. I saw the brief green flash of the TEA-TEB ignition system, but I don't think any of the engines actually fired.

Scrubapalooza isn't over yet.
Top

Damn it, I didn't know the launch was rescheduled for last night. It was perfect viewing conditions here.
Top

I'm heading back to cherry springs next week to get in some stargazing. Hoping for clear skies as it will be the last chance until spring for milky way. The Andromeda galaxy should be visible along with mars at it's brightest. There's even a chance of some northern lights. Can't wait to see that area with the fall leaves.
Top

Awesome. I want to say that's the launch of either a Soyuz or a Progress vehicle as filmed from the ISS, but I could be wrong.

The SpaceX GPS-III scrub was due to an "unexpected pressure rise in the turbomachinery gas generator," according to Musk. The gas generator is the part of a Merlin engine in which some fuel and oxidizer is combusted in order to generate the high-pressure gas that runs through a turbine to spin the main fuel and oxidizer pumps. The question now is whether the reading came from bad sensor or from something actually wrong with the engine. If a bad engine, they should be able to swap it out. SpaceX has not announced a new date for a second attempt.

Neither has ULA announced a date for the next Delta 4 Heavy attempt. The Starlink launch that was aborted due to ground equipment has been rescheduled for October 5th.
Top

SpaceX got the Starlink launch off the ground yesterday, and everything went great. Successful launch and booster landing, and they even caught a fairing half in the net. No word yet on a rescheduled date for the GPS-III launch, and the vehicle has been rolled back into the assembly building. They might be looking at swapping out whichever engine threw the error.
Top
Post Reply
1156 posts

Users browsing this forum: No registered users and 40 guests