ULA's Delta Heavy NROL-44 launch was scrubbed this morning, and that means the SpaceX launch will also be pushed to the right, because the Delta launch has priority over the range. The Delta 4 had problems with the ground pneumatics system. The next launch attempt is scheduled for early Saturday morning, and SpaceX is now looking at NET August 30, although the weather forecast for Sunday doesn't look good at this point, so it might be Monday the 31st at the earliest for the SAOCOM 1B launch.
Top

I love pictures like this. I nabbed one for my home PC wallpaper recently.

The Delta 4 Heavy launch attempt last night experienced an abort after engine ignition. ULA president Tony Bruno tweeted that the cause appears to be in the ground systems and not in the Delta 4 itself. The recycle time will be at least a week, and it may be longer.

The Delta 4 famously sets itself on fire at ignition because its RS-68 engines start the flow of liquid hydrogen first during the ignition sequence, and that releases a cloud of hydrogen gas that produces a fireball. The rocket is designed for this, but it does char the insulation on the tanks. I don't know whether they might need to replace or reapply any of that insulation. Based on prior aborts, ULA will also need to replace the burn-off "sparklers," replace the Delta 4's batteries, and do a thorough inspection on the RS-68 engines, which unlike SpaceX's Merlin engines were not designed for a fire-shutdown-refire situation without a thorough validation between ignitions.

This is the first Delta launch is well over a year, and the Delta doesn't fly much any more (all versions other than the three-core Heavy have been retired), so the pad doesn't see much use. That might be causing some of the problems with ground equipment.
Top

Right after Elon called them a waste of funding.
Top

ULA costs a lot more. The NRO/Air Force could buy two Falcon Heavy launches for the price of one Delta 4 Heavy launch, and that's if the Falcon Heavy flies in the fully expendable mode where all three cores are thrown away. Recover the cores, and the ratio would be three to one or more. In recent years, ULA's position has basically been, "Sure, we cost way more than some competitors (*cough* SpaceX *cough*), but look at our super track record of reliability! When you buy from ULA you know you're getting a launcher you can 100% count on!" These problems with the Delta Heavy aren't helping. And SpaceX is not only demonstrating that Falcon is a reliable launcher, it's demonstrating that it's highly reliable even with boosters that have flown multiple times before.
Top

SpaceX was actually trying for a twofer today: a Starlink launch from Pad 39A and the SAOCOM 1B launch from Pad 41. Unfortunately, the weather wasn't cooperative this morning, so Starlink was scrubbed. The SAOCOM 1B launch was able to thread a gap in the weather and execute its first-in-60-years polar launch from Florida. The first stage (flying for the fourth time) executed a Return to Launch Site (RTLS) landing at Landing Zone 1.

This was launch 100 for the Falcon family, including the Falcon 1 and Falcon Heavy rockets.
Top

In addition to the SpaceX launch, Rocket Labs returned the Electron to flight with a launch of Capella Space’s “Sequoia” microsatellite to a low-Earth orbit (LEO) from Launch Complex 1 on New Zealand’s Mahia Peninsula. This was around a month after the prior mission failed during the second-stage burn. Rocket Labs identified the problem as a wire on the second stage not being properly secured, leading to it coming loose, overheating, and breaking. No design changes were needed; the vehicles will be more thoroughly inspected during construction and prior to launch. The Capella satellite does radar imaging for making precise maps.

The next Electron launch, currently just scheduled for "September," will be from Launch Complex 2 at the Mid-Atlantic Regional Spaceport at Wallops Island, Virginia. It will be the first flight from LC-2 and the first Electron launch from anywhere other than New Zealand.
Top

Your dose of space news:

First, Northrop Grumman conducted a test of one of the solid boosters that will be used on NASA's Space Launch System. Unlike the shuttle, these boosters will not be recovered. They're the same diameter as the shuttle's SRBs, but one segment longer.

NASA also announced that the costs for the SLS have increased by 30% above the original baseline cost to $9.1 billion. By comparison, I don't believe that everything that SpaceX has done to date has cost $9.1 billion.

Second, ESA conducted a successful return-to-flight launch of the Vega rocket, which was carrying a rideshare launch of 55 small satellites. The prior Vega launch failed due to a rupture of the second-stage solid motor. The Vega only has one more scheduled launch, after which it will be replaced by the Vega-C, which has updated solid motors for the first and second stages. To reduce costs through commonality, the new P120 first-stage motor for the Vega-C is also used as the strap-on booster for the upcoming Ariane 6.

Really need to get that orbital shipyard up and running.
Top

I admit that I can only wrap my head partly around all of the physics involved, but dark matter and dark energy are truly some of the great mysteries left in science. We aren't even sure either of them are a thing. They're just placeholders for stuff that could explain our observations.
Top

I admit that I can only wrap my head partly around all of the physics involved, but dark matter and dark energy are truly some of the great mysteries left in science. We aren't even sure either of them are a thing. They're just placeholders for stuff that could explain our observations.

Two orbital launches today failed. First, China was attempting to launch a remote-sensing satellite for the Jilin-1 satellite constellation on Saturday morning from the Jiuquan Satellite Launch Center aboard a Kuaizhou-1A launcher, which is a smallsat launcher using mostly solid stages. No specifics were noted other than the rocket failed to deliver the satellite into the designated orbit.

Second, Astra was attempting its first orbital test flight of the company’s Rocket 3 smallsat launcher from the Pacific Spaceport Complex in Kodiak, Alaska. Rocket 3 is a two-stage kerolox-fueled launcher that has a payload capacity of around 25–150 kg to sun-synchronous orbit. It's been designed to be able to launch with very little in the way of fixed ground support, and pretty much all of the ground equipment is mounted on trailers or can fit into standard shipping containers. According to a blog post from the company, “Early in the flight, our guidance system appears to have introduced some slight oscillation into the flight, causing the vehicle to drift from its planned trajectory leading to a commanded shutdown of the engines by the flight safety system.”

How to see the planet Uranus without a telescope
https://triblive.com/news/pennsylvania/ ... telescope/


For the next few nights Uranus, one of the most distant plants in our solar system, will be visible to the naked eye.

It will appear over the eastern horizon at 11:30 p.m. and then rise from about a third of the way up into the night sky gradually moving to more than two-thirds above the southern horizon by 4 a.m.

Providing increasingly dark skies for viewing, the moon is in its waning crescent phase, growing darker nightly on its way to new moon on Sept. 17.

Uranus will appear in the constellation Aries, the Ram, about 12 degrees left of the much brighter Mars. (Extend your arm and make a fist. The width of an adult fist is about 10 degrees in the sky.)

Of course, binoculars or a telescope will make it easier to view the seventh planet in our solar system, which will be shining at a relatively dim magnitude of +5.7 about 1.771 billion miles from Earth.

You may now start writing your own jokes.
Top

I couldn't think of anything, but there's too much smoke blowing up to see it anyway.
Top

Yeah, us left coasties are sort of SOL on the stargazing thing for a while.
Top

For all the years I've been doing the amateur astronomy thing, I've never been bothered to do a binocular search for Uranus. Now that the weather is getting crisp would be a good time with how much the sky pops right now.
Top 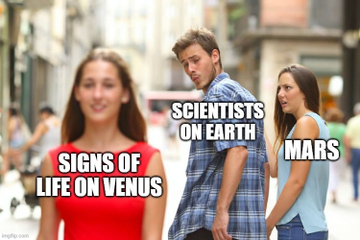 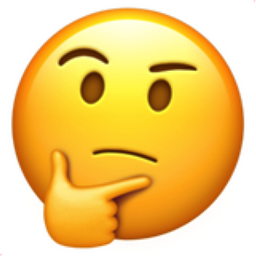 Voyager 1 is now over 14 billion miles from Earth. https://voyager.jpl.nasa.gov/mission/status/
Top

In space news, the delayed Delta 4 Heavy launch of an NRO spy satellite is supposed to now launch early Monday morning. The launch has been pushed back another 24 hours for additional testing and checks of ground equipment.

The Antares NG-14 resupply launch to the ISS is scheduled for next Tuesday from Wallops Island, Virgina. Among other payloads, the Cygnus cargo vehicle will be carrying a new $23 million space crapper: the Universal Waste Management System (UWMS), which is 65% smaller and 40% lighter than the toilet currently in use on the space station. It's being tested on the ISS for potential use on future space missions.

SpaceX has two launches upcoming: an in-house Starlink launch on Monday from LC-39A and a GPS-satellite launch for the government on Tuesday from LC-40. Those launches could be delayed if the Delta 4 Heavy once again fails to get off the ground.
Top

For months the ISS has been dealing with a tiny air leak. It's not a big deal and the air loss is well within the capabilities of the environmental systems to replace, but NASA and Roscosmos have been trying to track it down. The detection has taken a while because many of the internal hatches have cabling running though them, which means it's a complicated process to close them. The detection work has finally narrowed down the leak to the Russian-built Zvezda Service Module, which is the third-oldest module and provides the station's life-support systems, among other functions. Now the crew will turn to tracking down the leak in Zvezda.

NASA finally tracks down persistent air leak on ISS, but it's not fixed yet
https://www.cnet.com/news/nasa-finally- ... fixed-yet/
Top
Post Reply
1050 posts