The "Aviation Expert" on my morning local news says that the pilot must have trained at Ringling Brothers.


It does look like the fire was caused by the landing, but I think it's a little too early to blame the pilots. There's a CCTV video that shows that the aircraft touched down way too fast and hard and bounced so hard that its gear failed on the second hit. It looks like parts of the main gear rammed up through the wings, which punctured the fuel tanks. The aircraft, however, had supposedly been hit by lightning and was suffering from electrical problems. The Superjet is a fly-by-wire aircraft with sidesticks that aren't physically connected to the control surfaces. If the lightning hit fried out parts of the computer systems or fried the wiring going to the motors that move the control surfaces, the pilots might not have had full control of the aircraft. We'll have to wait and see. Same with the accusations about people stopping to get luggage. If that bounce came down hard enough to destroy the main gear, the impact could have also caused damage inside the aircraft (such as collapsed luggage bins, a buckled cabin floor, or seats that broke loose) that prevented passengers from being able to reach the forward exits. Also, while I see that people are pointing at Mr. Khlebushkin (while also attacking his weight) as holding up the evacuation, some of the reports also say that Mr. Khlebushkin was the second person off the aircraft. If he was the bottleneck that prevented people farther back from escaping, wouldn't he be one the last off the aircraft and not one of the first?
Last edited by Shyster on Mon May 06, 2019 6:06 pm, edited 1 time in total.
Top

The fact that he was in 10C made me wonder about that.
Top

I look up the Superjet on seatguru, and row 10 would be over the very front of the wings. It looks like the fire started right around the same area, and if the gear or other debris rammed up through the fuselage, it would also have been right behind that row. There are certainly other possible explanations for why people farther back were not able to escape.
Top

Moscow. May 7th. INTERFAX.RU - The main version in the investigation of the crash of the SSJ-100 Aeroflot aircraft, the victims of which were 41 people, were the wrong actions of the pilots. According to Kommersant, in parallel, the investigation is dealt with ground services, which may not have promptly responded to the emergency.

Suspicions of the pilots are related to their actions during landing, when an electrostatic discharge struck the fuselage and disabled the automatic control of the aircraft. Manual entry, according to sources close to investigating the accident, turned out to be difficult: pilots could only focus on instrument readings and their own skills. Because of the unused fuel, the Superjet sat down with maximum weight. This created additional difficulties for landing.

The plane went down to the runway with a flight of more than a kilometer and traveling at 30 km / h. Even in such conditions, landing, according to experts, was quite safe. But as a result of another possible error of the pilots, the plane touched the wheels too hard and made several bounces from the runway. The landing gear pushed through the fuel tanks of the aircraft, the kerosene of them splashed out onto the engines and caught fire. Passengers from the back of the aircraft were injured due to the "jumps" of the liner and could not get out of the cabin on their own. Aviation kerosene burning around did not leave the wounded any chance of survival, Kommersant reports.

The official representative of the TFR Svetlana Petrenko told the publication that, among other versions, insufficient qualifications of dispatchers and persons who carried out the technical inspection of the aircraft, the malfunction of the aircraft itself and even adverse weather conditions are considered. The final conclusions about the causes of the incident will be made by the experts of the IAC and the Investigative Committee.

In terms of the Miami Air flight that ended up in the river down in Florida, so far it looks like the aircraft: (1) was landing on a wet runway; (2) was landing on a runway that is not grooved for water drainage; (3) was landing right after the field was subject to heavy rain; (4) had to touch down past an arrester system installed on the runway for military aircraft, which shortens the available length of runway, (5) seemed to have something along the lines of a 15-knot tailwind, which is right at the upper limit for a 737; (6) was landing with the wind because an approach from the other direction would have gone through severe weather; and (7) had only one functional thrust reverser, which is legal to fly with but lengthens landing distances. While none of those would probably cause an excursion by themselves, when you put all of them together, you have a great recipe for a runway overrun.
Top

Wasn't the landing wide enough they took out a bunch of runway lights, too?
Top

If he was the bottleneck that prevented people farther back from escaping, wouldn't he be one the last off the aircraft and not one of the first?

Not if the crew didn't move him out of the way to allow other pssengers to egress first.

But I admit that the extent of my knowledge of this mishap is what's in this thread.
Top

The plane went down to the runway with a flight of more than a kilometer and traveling at 30 km / h.

This must be some kind of typo/joke machine translation.
Top

It was translated from Russian, so most likely.
Top

Did I just read that a runway in Jacksonville, Florida does not have good drainage?

That's like not having de-icing machines in Duluth.
Top

Well, to be fair it is a naval air station.
Top

Not if the crew didn't move him out of the way to allow other pssengers to egress first.

But I admit that the extent of my knowledge of this mishap is what's in this thread.


I might have been unclear. The guy who was immediately accused in the media (without any concrete proof, it would seem) of blocking other passengers was sitting in the last row (row 10) where everyone made it out alive. Hardly anyone behind row 10 survived. Pretty much everyone in rows 1–9 lived. But there are also reports that Mr. Khlebushkin was one of the first people off the aircraft. If he was dawdling while getting his bag from the overhead bins, then presumably the people in rows 1–9 would have all (or mostly all) exited in front of him, unless somehow the guy that media is calling "overweight" and "obese" managed to dawdle and then leap over nine rows' worth of other passengers. For it to be the case that Mr. Khlebushkin's slowness was causing just about everyone behind his row to die, wouldn't he necessarily have to be one of the last people off the aircraft? Conversely, if he was indeed one of the first off the aircraft, how could he have been delaying the people aft of row 10?

This assumes, of course, that he was indeed one of first people off. If that report was incorrect, then it would change the dynamic.
Last edited by Shyster on Wed May 08, 2019 6:16 pm, edited 1 time in total.
Top

No **** way was that dude one of the first people off. That just didn’t happen.
Top

No **** way was that dude one of the first people off. That just didn’t happen.


May I ask why? Have there been clarifications that I haven't seen?
Top

For it to be the case that Mr. Khlebushkin's slowness was causing just about everyone behind his row to die, wouldn't he necessarily have to be one of the last people off the aircraft? Conversely, if he was indeed one of the first off the aircraft, how could he have been delaying the people aft of row 10?

This assumes, of course, that he was indeed one of first people off. If that report was incorrect, then it would change the dynamic.

I mean it from a timing perspective, like it took the crew so long to get him clear that there was no opportunity for anyone further back to make it out. If it took them 2 minutes to get him out, that's 2 minutes of people burning up behind him.

I'm not making a super serious argument, I just don't agree that it necessarily follows that he would have to have been one of the last to evacuate for him to have caused a bottleneck.
Top

Let’s call it a gut feeling.


As a fat man myself, don't underestimate how fast we can move if we really need to.

I don't know how those cameras work, but that's rad.
Top

Anchorage Daily News says it was a de Havilland Canada DHC-2 Beaver and a DHC-3 Otter. Both are rugged, single-engine aircraft that are very common in Alaskan operations.
Top

I was stationed in Ketch for a hot minute. The cruise ship industry there is insane
Top

Given the sheer volume of GA aircraft operations in that part of Alaska, I'm amazed this isn't something of a weekly thing.
Top

So this passed directly over my house this morning 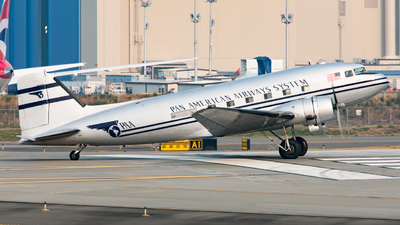 I just love the sound of a piston engined aircraft in the morning.
Top

So this passed directly over my house this morning

I just love the sound of a piston engined aircraft in the morning.

I saw a flight of three of them at Planes of Fame a couple weeks ago, and one was the drop platform for the paratroop display. There are a ton of C-47s making the flight to Normandy to participate in the 75th anniversary of D-Day celebrations; one of the aircraft that's going over was actually one of the lead pathfinder aircraft who lead all the airborne assaulters into France on the Day Of Days. Super super rare warbird, and for it to still be airworthy is incredible.

Also, I just recently learned that the father of our best friend's son's best friend (?) is a Commemorative Air Force pilot who flew the F6F Hellcat in the POF show, and is also rated to fly P-51 Mustangs and is in the training pipeline to fly the F8F Bearcat. We were introduced at a birthday party this past weekend, so I'm like *this* close to getting a ride in the backseat of a Mustang. lol
Top
Post Reply
1250 posts

Users browsing this forum: No registered users and 19 guests